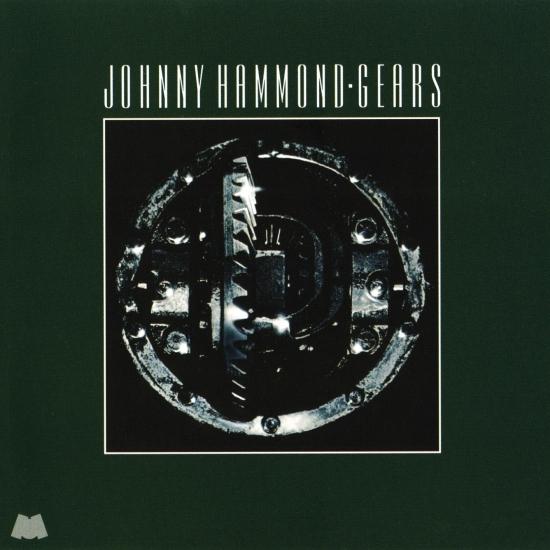 Digitally remastered. Recognized as one of the finest jazz funk albums of all time, Gears was produced by the Mizell brothers and stands alongside their work with Donald Byrd at the pinnacle of their careers. Tracks such as 'Shifting Gears' and 'Los Conquistadores Chocolates' have been club classics almost since the album was released. Hip hop and house producers have regularly used it as a source for samples. The bonus cuts shine a light on the Mizell's production process and show the strength of the material from which the released masters were culled.
Critics hailed Gears the finest jazz-funk album of 1975. They only changed their mind when Donald Byrd released Spaces and Places. However, two tracks on Gears, Fantasy and Los Conquistadores Chocolates were geared towards the dance-floor. Johnny Hammond was about to embrace disco. Jazz purists held their hands up in horror, recoiling at Johnny Hammond’s stylistic departure. Would this change in style result in a change in Johnny Hammond’s fortunes?
When Gears was released in late 1975, sales were slow. Eventually, Gears reached number thirty-one on the US Jazz charts. This was disappointing. However, then Los Conquistadores Chocolatés was released as a single. It reached number four on both the US Dance Music/Club Play Singles and US Disco Singles charts. At last, Johnny Hammond’s luck was changing, and Gears was the album that was responsible for this. Gears is now regarded as a jazz-funk classic, and celebrates its fortieth anniversary this year.
Johnny "Hammond" Smith, organ, synthesizer, electric piano
Larry Mizell, keyboards (Solina), backing vocals
Fonce Mizell, clarinet, backing vocals
Jerry Peters, electric piano, piano
Harvey Mason, drums
Chuck Rainey, electric bass
Craig McMullen, guitar
John Rowin, guitar
Roger Glenn, flute, vibraphone
Kenneth Nash, cymbal, gong, percussion
Hadley Caliman, tenor saxophone
Julian Priester, trombone
Michael White, violin
Recorded July 1975 at Fantasy Studios, Berkeley, California
Produced by Larry and Fonce Mizell
Digitally remastered 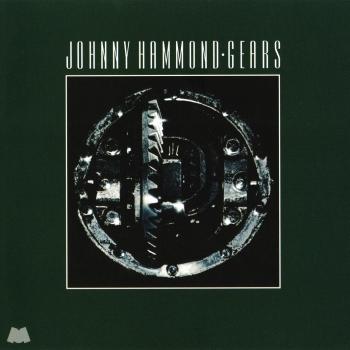 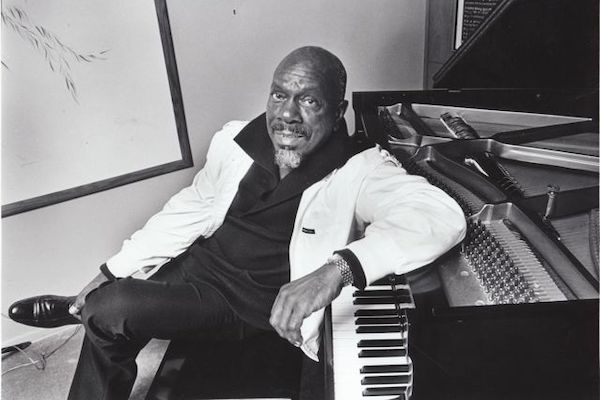 Johnny Hammond
The outline of this bio was dictated by Johnny Hammond Smith to James White in March, 1988 as part of a college paper. The final draft was read and approved by him. This has been edited in recent years for grammar and to reflect his unfortunate passing in 1997. Note that I don’t use the Wikipedia bio, which contains erroneous information, despite this author’s repeated attempts to correct it.
Born in Louisville, Kentucky, Johnny ‘Hammond’ Smith began playing piano at age five. Growing up to influences such as Oscar Peterson, Charlie Parker, Lionel Hampton, Arthur Rubenstein, Gershwin, etc., Johnny sought to bring a new dimension to jazz piano.
Forming his first professional group at age twelve, he knew exactly what he wanted to present and how to present it. Since then he has recorded dozens of albums under his own name and even more as a guest artist, awarding him the acclaim as one of the top jazz organist record sellers in the world. He has taken the keyboard into a new realm via exciting performance and fluent technique. A true stylist and innovator of the jazz tradition, he has been a featured artist at Concerts by the Sea, the Lighthouse, the Dorothy Chandler Pavilion, the Hollywood Bowl, and the Hollywood Palladium. He has also toured outside of the U.S. in such countries as France, Japan, Spain, Canada, Germany, England, Italy, Sweden, and numerous others.
In addition to the many places he has toured, Johnny has also toured and recorded with many top performers such as George Benson, Grover Washington, Jr., and Ron Carter, to name a few. Many see Johnny as one of the founders of today’s jazz sound.
Johnny was a key part in bringing the Hammond organ from gospel into jazz, but that is not why ‘Hammond’ is in his name: “I was working at Prestige Records in 1959,” Johnny said, “and there was already a Jimmy Smith and a Johnny Smith. So a producer gave me the name ‘Hammond’ to distinguish me from the two; and I’ve had it ever since…but I don’t mind.”
Other than recording and performing, Johnny has also focused his talent in the areas of writing music, prose, and poetry. He has also worked as an executive at CTI records.
Johnny is currently spending his ‘temporary retirement’ teaching privately and at a California University to young musicians with a “desire to learn, just as I had.” Although he receives the most satisfaction and fulfillment now in writing, he still very much enjoys helping young artists and, of course, playing.
The future for Johnny Hammond Smith shines with a “brightness on the horizon.” Johnny foresees much success in the area of music composition, hoping to be a pioneer to another generation of young artists and another era of music.