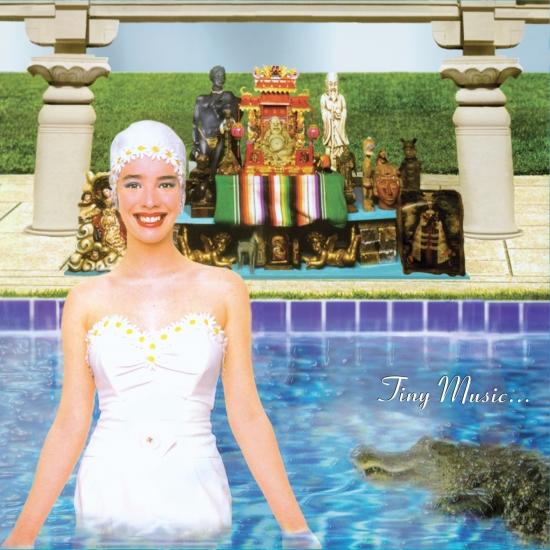 Stone Temple Pilots embraced experimentation and open-mindedness to record the band’s third album, 1996’s TINY MUSIC... SONGS FROM THE VATICAN GIFT SHOP. Released on March 26, 1996, the album is a pitch-perfect amalgamation of the band members’ musical personalities, yielding three #1 hits – “Big Bang Baby,” “Lady Picture Show,” and “Trippin’ On A Hole In A Paper Heart.” On the eve of the album’s 25th anniversary, we're proud to announce the upcoming release of a newly remastered version of TINY MUSIC... expanded with unreleased studio and live recordings.
Scott Weiland, Dean DeLeo, Robert DeLeo, and Eric Kretz recorded Tiny Music…at a home studio tucked away in California’s Santa Ynez Valley with Brendan O’Brien, who also produced the band’s two previous albums, Core andPurple. The 25,000-square-foot house became a muse for STP, who recorded in different rooms – from the attic to the garden – and used the expansive space to experiment with new sounds.
Along with a newly remastered version of the original album, both Deluxe Editions feature 15 unreleased tracks that pull back the curtain on the creative process. Those include early versions of nearly every song on the album with nacent incarnations of “Tumble In The Rough,” “Pop’s Love Suicide” and “Seven Caged Tigers.” The selections also feature an alternate take for “Big Bang Baby,” and a percussion mix of “Trippin’ On A Hole In A Paper Heart.” There’s also instrumentals for “Ride The Cliché” and “Adhesive,” plus the unreleased “Kretz’s Acoustic Song.”
Stone Temple Pilots
Digitally remastered 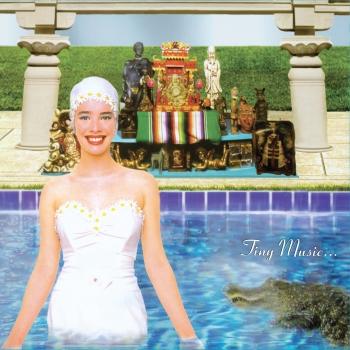 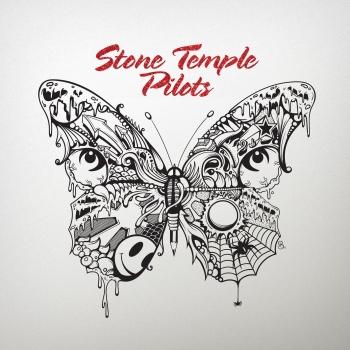 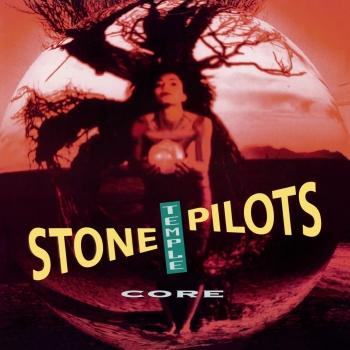 Since the moment they appeared on the scene in the early 90's, Stone Temple Pilots dominated the decade from start to finish, racking up 15 singles on the Billboard Top Ten, winning a "Best Hard Rock Performance" GRAMMY in 1994 for for "Plush," and having their five albums sell more than 35 million copies worldwide. Of all their peers, STP alone had sustained commercial success, earning greater critical acclaim with each release, building a body of work that remains popular and its enduring acclaim has only highlighted the absence of the band, who quietly went their separate ways after the turn-of the millennium release of Shangri-La Dee Da. Despite the presence of the greatest hits album Thank You in 2003, there has been a generation that has never witnessed the live power of the vocalist Scott Weiland, guitarist Dean DeLeo, bassist Robert DeLeo and drummer Eric Kretz live in concert, a situation that will be remedied this summer when the band reunites for a long-awaited and highly anticipated tour.
A dominant force in rock music since their inception, the group's impressively extensive and top-selling music has cemented their standing as one of the most successful rock groups of all time. Scott Weiland and Robert DeLeo met at a Black Flag concert in Long Beach, California, discovering in the course of their conversation that the two were dating the same girl. Instead of sparking a rivalry, this common ground was the foundation of a friendship, with the pair moving into the girl's apartment after she left town. Weiland and DeLeo formed a band called Mighty Joe Young, with drummer Eric Kretz joining the lineup soon afterward, with Robert's brother Dean coming aboard not long after that. Soon, the group established themselves as a draw in San Diego, eventually gaining the attention of Atlantic Records who signed them in 1991. After hearing that there was a blues singer calling himself Mighty Joe Young, the group changed their name to Stone Temple Pilots during the recording of their 1992 debut album, Core.
Core was bracing blend of grunge guitars, classic rock moves and big pop hooks. At first, the ironic swagger of "Sex Type Thing" brought them onto MTV and radio, but it was "Plush" that blew the doors wide open for the band, establishing them as multi-platinum act in 1993. A pair of subsequent singles were released from Core -- "Wicked Garden" and the spooky, acoustic "Creep" -- before they delivered Purple in 1994. A large, eager fan base snatched Purple up upon its opening week, sending it to # 1 but Purple wasn't a one-week wonder, it grew as the record spun off hit after hit: first there was the majestic, cryptic "Big Empty," taken from The Crow soundtrack, then there was "Vasoline," which was followed by the modern rock classic "Interstate Love Song," a radio smash that stayed on the top of Billboard's Album Rock charts for 15 weeks, besting the record set by the Rolling Stones' "Start Me Up." For more please visit the STP Homepage.