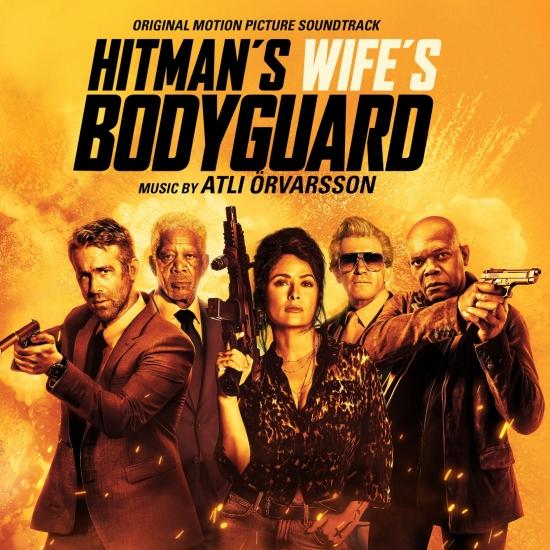 The Hitman's Bodyguard is an upcoming American action comedy directed by Patrick Hughes (The Expendables 3). The film stars Ryan Reynolds, Samuel L. Jackson, Gary Oldman and Salma Hayek. The world’s top protection agent (Ryan Reynolds) is called upon to guard the life of his mortal enemy, one of the world's most notorious hitmen (Samuel L. Jackson). The relentless bodyguard and manipulative assassin have been on the opposite end of the bullet for years and are thrown together for a wildly outrageous 24 hours. During their raucous and hilarious adventure from England to The Hague, they encounter high-speed car chases, outlandish boat escapades and a merciless Easter European dictator (Gary Oldman) who is out for blood. Salma Hayek joins the mayhem as Jackson’s equally notorious wife. The soundtrack album plays the bromancing card with hits like Hello (Lionel Ritchie), I Want To Know What Love Is (Foreigner), or Dancing In The Moonlight (King Harvest); it also includes a punk version of Black Betty by Spiderbait, a fast-paced car chase track by Aussie composer Dmitri Golovko and a James Bond-esque score by veteran composer Atli Örvarsson (The Mortal Instruments, Babylon A.D.). The highlight of the album is Nobody Gets Out Alice written and performed by Samuel L. Jackson. A killer track!