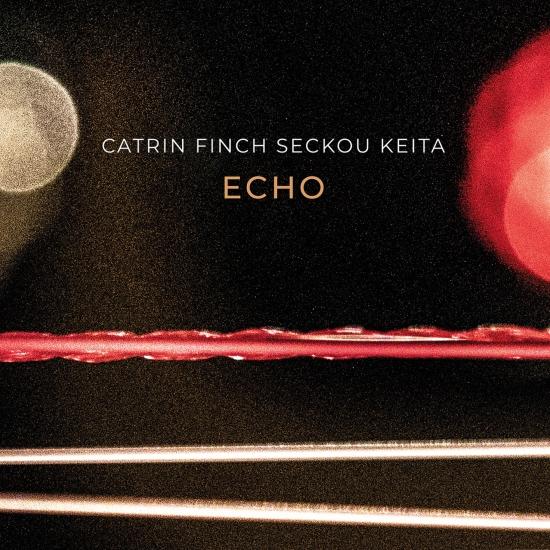 The album celebrates the tenth anniversary of an extraordinary partnership between two virtuosos whose previous releases include 2018's acclaimed album SOAR, and their 2013 debut Clychau Dibon, both of which garnered industry awards across the globe. ECHO marks the third part of this remarkable trilogy.
It's been ten years since Catrin Finch and Seckou Keita formed a duo. The seamless virtuosic union of the 47 strings of Catrin Finch's harp with the 22 strings on each neck of Seckou Keita's double kora – two cultures, two histories and two personalities merged into one atmospheric musical journey – has become a rare global music hit. Described by Songlines Magazine as 'one of the most popular world music acts of this decade', Finch and Keita create music that not only champions their exquisite instruments but blends elements of new and old music from the Western Classical, Celtic, folk, contemporary and West African song traditions, each echoing the other in an evolving tale of mutual discovery and delight.
Lockdown enforced a separation, a chance to reflect and devote time to other projects, and calm the frenetic pace of the previous years of touring, totalling over 200 performances together and appearances at leading global music festivals including WOMAD, Shambala, Sfinks, Chicago World Music Festival, Hay Festival, Lorient Interceltique Festival, Sydney Opera House and the BBC Proms at the Royal Albert Hall.
By the time they finally met again in 2021, Catrin and Seckou rediscovered their magical ability to 'blend hearts, minds and fingers’ and find their echo in each other.
Snippets of tunes were drawn from the 'tune bank' the pair had accumulated during their countless soundcheck jams in pre-Covid days. Others were gleaned from side-projects, a ballet score, TV commissions, festival collaborations, works-in-progress and experimentation.
An overture Catrin had written for the ballet Giselle became a gentle ode to optimism called 'Gobaith', the Welsh word for hope. Seckou's creation of the world's first double-necked kora in 2007 opened up the ground-breaking possibility of chromatic scales, which the duo exploit beautifully in the song 'Julu Kuta' (new strings in Mandinka, Seckou's native language). A tune initially composed for the soundtrack of the BBC TV series Don't Forget The Driver, starring Toby Jones and Luwam Teklizgi, became an homage to Seckou's close friend, the Zimbabwean mbira virtuoso Chartwell Dutiro, who had recently passed away. One of Seckou’s compositions, ‘Tabadabang’, became a celebration of Lo Yiro, the game that West African parents play with their children to get them out from under their feet. The addition of strings on four tracks, adds a new dimension to the distinctive Catrin and Seckou sound.
ECHO proclaims the tender triumph of an extraordinary partnership, the dissolution of opposites into one seamless musical expression of our common humanity. "With this album, it feels like we've reached our place, musically and creatively," says Catrin. This is the echo they will leave behind – the echo of dear ones now departed, of beating hearts, of music, of love. "That's what continues to travel through space and time," Seckou says, "even after the last note has been played, or the last word has been sung."
Catrin Finch, harp
Seckou Keita, kora 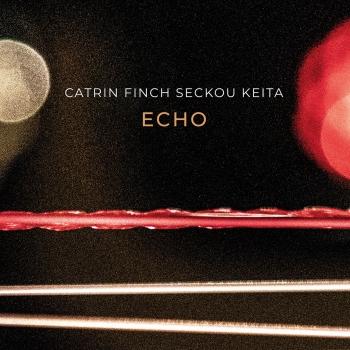 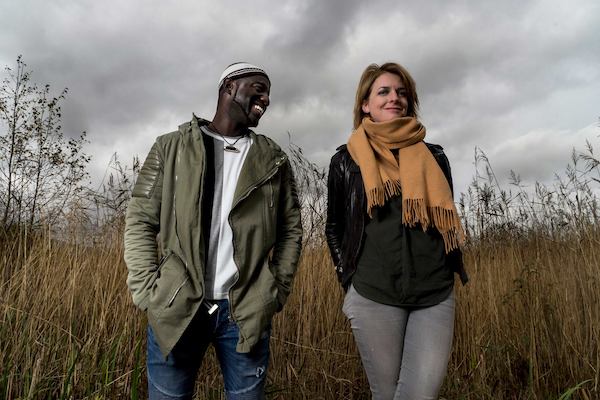