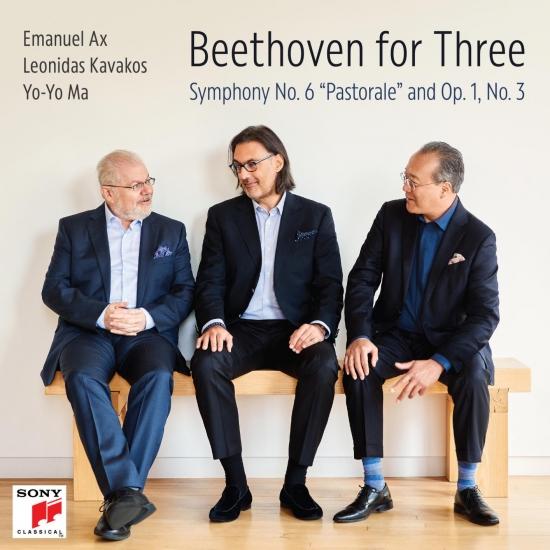 Emanuel Ax, Leonidas Kavakos, and Yo-Yo Ma's new recording, Beethoven for Three: Symphony No. 6 “Pastorale” and Op. 1, No. 3, is set for release on November 11, 2022 on Sony Classical.
Like the first Beethoven for Three release—Symphonies Nos. 2 & 5—this recording challenges the traditional boundary between chamber and orchestral repertoire to offer the listener two very different sides of the composer using the same three voices. In the C Minor piano trio, we hear Beethoven’s brilliant exploration of three instruments’ essential expressive capabilities; in the “Pastorale,” lovingly reimagined for trio by Shai Wosner, the piano, violin, and cello transcend their own identities to represent the endless creativity of the natural world, becoming, in turn, bird, brook, and storm. Like the first Beethoven for Three release, this recording continues a musical conversation between three friends while offering audiences a rare and intimate look at Beethoven's evolution as a composer.
The Beethoven for Three series features three artists in pursuit of the essential elements of Beethoven's musical language, presenting Beethoven's most iconic symphonies in intimate arrangements that maintain the power and immediacy of his orchestral works. By performing the symphonies on three instruments alongside the composer’s canonical piano trios, the artists present a wealth of insight about both Beethoven and his earliest audiences.
“It used to be completely normal that the first release of a symphony would not be the full score,” says Ax, “because to hear an orchestra was a very rare event. You wouldn't get that music until dozens of years later; you would get the arrangement for one piano, four hands, or trio, or quartet, and that’s how you got to know the music. So we're going back to the roots.”
Beyond its historical precedent, Beethoven for Three also presents a new opportunity for performers and listeners to reappraise the boundaries between musical genres, and reenvision how musicians can collaborate freely and creatively.
“We all feel that being able to participate in a symphony is such a wonderful thing to do,” says Ma. “One of the things that has separated people since recording began is the categories that we put people in, in which chamber musicians, orchestra players, people who play concertos, people who do transcriptions, people who compose, people who conduct, are all viewed as separate categories with no overlap. That siloed thinking discourages actual creativity and collaboration between people. And so we feel that one of the things that is really important to do today is to actually go back to the first principles of music, the simple interaction between friends who want to do something together.”
The trio's newest recording contrasts Beethoven's Symphony No. 6 “Pastorale” — appearing in a specially commissioned arrangement by Shai Wosner — with his Piano Trio in C minor, Op. 1, No. 3. Heard together, these two pieces showcase vastly different sides of Beethoven through the shared language of the piano trio. Written in Vienna when Beethoven was 25 years old, with his first symphony still five years away, Op. 1 No. 3 captures his transition from a virtuoso pianist to a composer in his own right. In contrast, Symphony No. 6 features Beethoven in his prime, making space for something more lyrical and cinematic between the obsessiveness of Symphonies Nos. 5 and 7.
“Like the fifth and seventh symphonies, the sixth symphony is made up of small motifs which, through repetition, become longer lines of music, a form of minimalism, in a way,” says Kavakos. “But unlike the fifth and seventh symphonies — which are not only physically challenging, but musically and psychologically, with an almost obsessive repetition of motifs — the sixth symphony uses this repetition to create a lighter, more elevated mood. It just goes on forever, but you never get tired of it.”
Beethoven for Three has its origins in the 2021 Tanglewood Music Festival, where Ax, Kavakos, and Ma first played Beethoven's Symphony No. 2 in trio format. The performance was an instant success, and the first release in the series, Beethoven for Three: Symphonies Nos. 2 and 5, was recorded soon after. Gramophone highlighted their recording of Symphony No. 5, noting that “the performance by Ax, Kavakos and Ma is not just aptly intense — the opening Allegro con brio is as involving as any orchestral performance I've heard — but also incredibly sensitive to the music’s crucial juxtapositions, as one can hear in the Andante con moto, where they so deftly balance delicacy and heroic swagger — note the vulnerability in Kavakos's tone at 1'42" — in a way that I find deeply moving.”
Ax, Kavakos, and Ma first performed together as a trio at the 2014 Tanglewood Festival, playing a program of Brahms's piano trios. Their first recording effort, Brahms: The Piano Trios, was released in 2017 to universal critical acclaim; Gramophone observed that “These performances get straight to the heart of Brahms’s music, relishing its pull of opposites,” while Limelight noted “There’s no doubting the ardour that these players bring to the music, which is delivered with an eye to creating broad, sweeping phrases…there are plenty of opportunities to swoon along the way.”
Leonidas Kavakos, violin
Yo-Yo Ma, cello
Emanuel Ax, piano 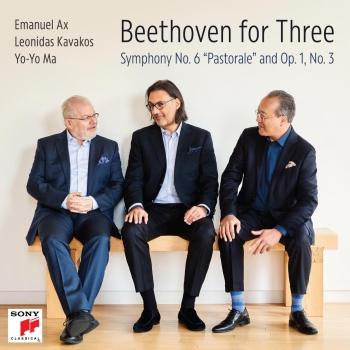 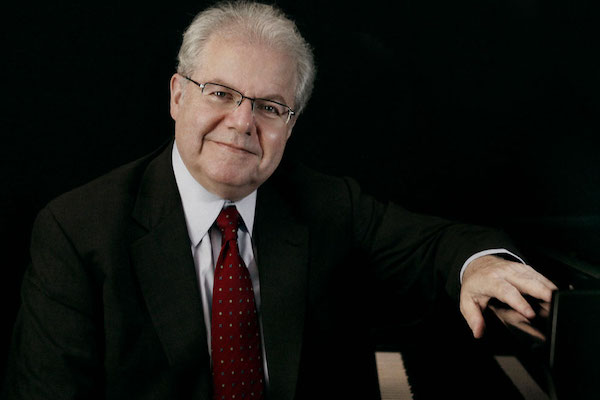 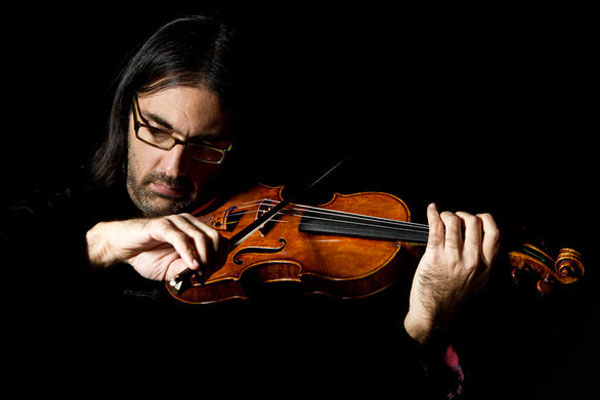 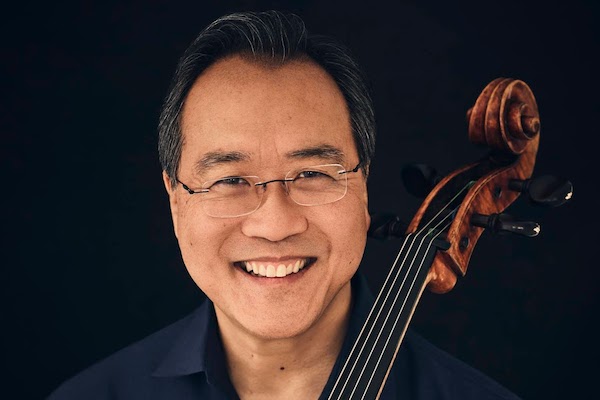