In Motion United Strings of Europe 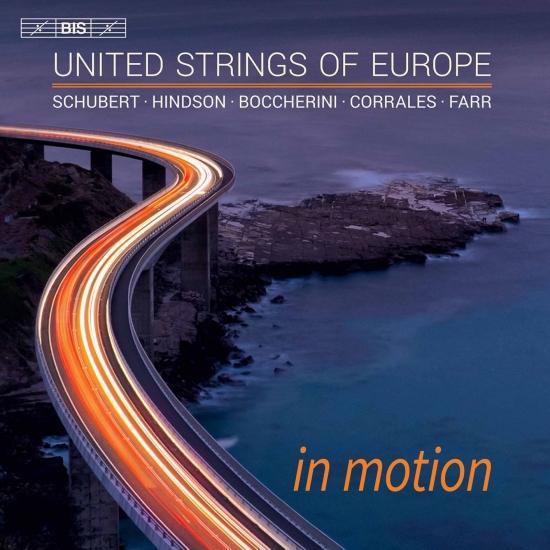 Info for In Motion

The streets of eighteenth-century Madrid; a contaminated test-bombing site in Australia and a song from El Salvador provide some of the subject matter for this album by the United Strings of Europe (USE). Formed in 2012 by students at Londons Royal Academy of Music, the ensemble brings together outstanding players from across Europe. Artistic director is the Anglo-Lebanese violinist Julian Azkoul, who leads from the violin, curates programmes and arranges music for the ensemble. For In Motion, USEs début recording, Azkoul has arranged Boccherinis celebrated and atmospheric evocation of the Nocturnal Music of the Streets of Madrid, in a version that updates the originals flirt with popular music. Far removed both geographically and in mood is Maralinga, Australian composer Matthew Hindsons powerful and haunting work featuring guest soloist Amalia Hall. The programme opens and closes with works for string quartet, composed some 180 years apart in Vienna and New Zealand respectively and heard in bespoke arrangements by Azkoul. Reflecting the ensembles distinctive voice and multi-national heritage and the wide-ranging interests and stylistic versatility of its members, In Motion is a roller-coaster ride of an album.
United Strings of Europe 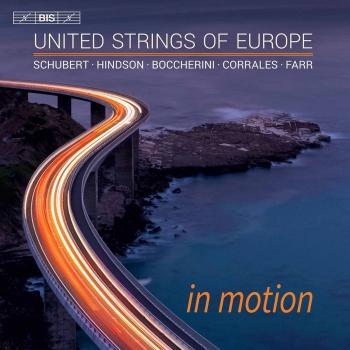 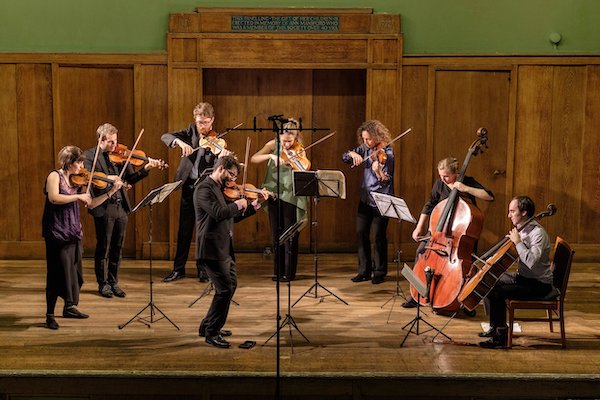 The United Strings of Europe
has earned praise for its original programming and ‘virtuosically expressive’ playing (The Times), delighting audiences across Europe and the Middle East with performances ‘full of life and of an exceptional calibre’ (L’Impérial). Bound by friendship and years of experience playing together, the ensemble brings together outstanding players from across Europe for intensive periods of touring and recording
Into the second season of its New Horizons International Artist Concert Series at Conway Hall in London (supported by Arts Council England), USE fosters collaborations with celebrated soloists including violinists Amalia Hall and Itamar Zorman, and flautist Sébastian Jacot. Guest artists in 2020 include soprano Joanna Songi as well as pianist Simon Callaghan and jazz composer Denis Badault. The ensemble holds annual residencies in Lebanon as well as at the Théâtre Molière in Sète, France, and gives regular performances in Switzerland.
Sharing a desire to explore different music and styles, the United Strings of Europe is at the forefront of developing new audiences, championing living composers and commissioning new works. Highlights include bespoke arrangements of chamber music and vocal works, the world première of Houtaf Khoury’s Et le vent qui souffle..., national premières of works by Osvaldo Golijov, Matthew Hindson, Gareth Farr, Arturo Corrales, Arvo Pärt, Cyril Squire, Stevan Hrsitic, Mateja Marinkovic, Charbel Rouhana, Bechara El-Khoury and Pēteris Vasks, and commissions from Jasmin Kent Rodgman and David Winkler.
Determined to reach beyond the concert hall, the ensemble has developed an innovative education programme that includes workshops tailored to young people, music students, composers and conductors, as well as work with refugees and under-privileged groups in partnership with charities and social enterprises in the UK and Lebanon.
In November 2020, the United Strings of Europe will release its debut album In Motion with leading independent classical label BIS Records featuring world premiere recordings of new works, original arrangements and a collaboration with violinist Amalia Hall.
“The audience will remember the impeccable quality of the ensemble, especially the joy they exhibit playing together, palpable throughout their performance.” L’Impartial - November 2018

Booklet for In Motion