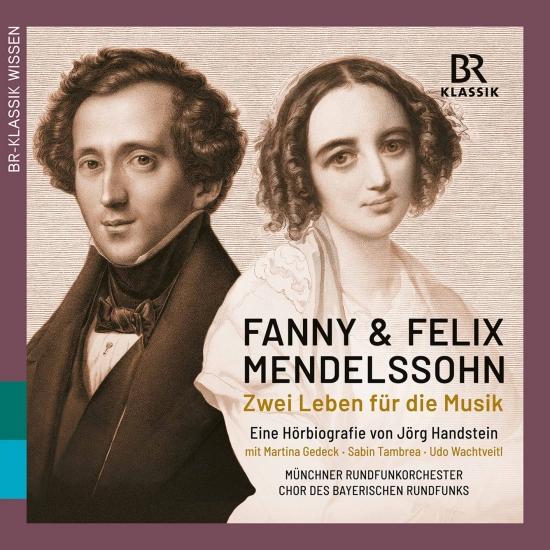 Abraham Mendelssohn and his wife Lea were highly musical: Fanny, born in late 1805, and her brother Felix, who was three and a half years her junior. The lucky children enjoyed a carefree youth, in which music played a central role. While Felix became a famous composer and conductor, Fanny, according to the dictates of the time, had to subordinate her own composing talents to a role as wife and mother. The musical compositions of this highly-regarded concert pianist only received more attention from the 1970s onwards, when they were re-edited, and have since appeared more frequently in concert programmes. In his new audio biography, Jörg Handstein tells the life stories of these two important creative artists of the early 19th century, both of whom died far too early in 1847 (Felix was only 38 and Fanny only 41 years old). The audio biography is duly entitled: “Two lives devoted to music”. Linking the well-known phases in the life and compositions of Felix with those of his elder sister Fanny opens up different and entirely new insights into the musical history of those times. This detailed audio biography, elaborated as usual on the basis of original sources and accompanied by numerous impressive musical examples, is dedicated to the life stories of both siblings, and combines exciting and lively narration with inspired musicianship. Some of Felix Mendelssohn Bartholdy’s early works have been included as bonus tracks: the String Symphonies Nos. 8 and 12 that he composed at the age of 13 and 14 respectively. They were written in 1822/23 for concerts at Mendelssohn's parental home in Berlin, where he himself rehearsed and directed them. The Symphoniesatz in C minor, a single movement that he completed on December 29, 1823, also numbers among his early string symphonies. These works by the young Mendelssohn are complemented by his choral cantata Verleih uns Frieden gnädiglich (1831), which is based on the text of the traditional Lutheran chorale.
Udo Wachtveitl (narrator)
Martina Gedeck (Fanny Hensel)
Sabin Tambrea (Felix Mendelssohn)
Moritz Zehner (Felix as child)
Jörg Handstein (autor)
Bernhard Neuhoff (editorial, direction)
Folkert Dücker, Beate Himmelstoß, Stefan Hunstein, Christoph Jablonka, Katja Schild, Martin Umbach (quotes) 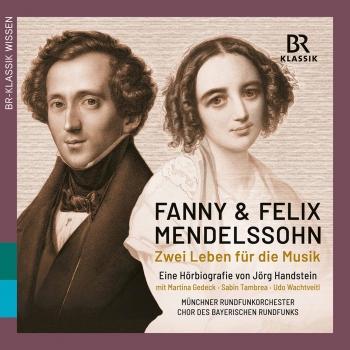 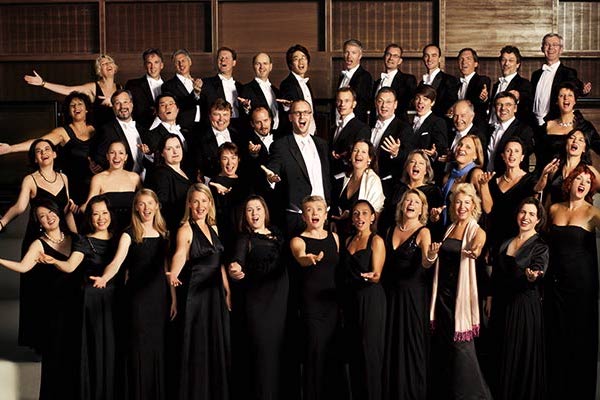 Chor des Bayerischen Rundfunks
The Chor des Bayerischen Rundfunks was founded in 1946 as the first of Bavarian Broad- casting’s musical ensembles. Starting in 1949, its artistic upswing ran parallel to the develop- ment of the Symphonieorchester des Bayerischen Rundfunks, the Chief Conductor of which has been Mariss Jansons since 2003. From the beginning both ensembles are linked in inten- sive concert activities. In 2005 Peter Dijkstra was appointed the Artistic Director. As avowed anti-specialist he has presented a wide variety of programs. These included a cappella productions as well as collaborations with the two Bavarian Broadcasting orches tras as well as such period ensembles as the Concerto Köln and the Akademie für alte Musik in Berlin. Because of its special sound quality and stylistic versatility, which ranges through every aspect of choral singing from the mediæval motet to con temporary works, from oratorio to grand opera, the ensemble enjoys the highest reputation throughout the world. This has brought the chorus regularly to such eminent festivals as the Lucerne Festival, the Salzburg Festival and the Beethoven Festival in Bonn, as well as to collaborations with top European orchestras like the Berlin Philharmonic, the Lucerne Festival Orchestra and the Concertgebouworkest in Amsterdam. In the past, the chorus has concertized with such distinguished conductors as Claudio Abbado, Riccardo Chailly, Bernard Haitink, Daniel Harding, Nikolaus Harnoncourt, Christian Thielemann, Giovanni Antonini, Andris Nelsons,Riccardo Muti, Sir Simon Rattle, Herbert Blomstedt and Robin Ticciati. In the musica viva series and Paradisi gloria as well as in their own subscription series, the choir regularly shines in worldpremières. The choir has received a number of major prizes for its CD recordings, most recently, the 2014 ECHO Klassik for its recording with works of Alfred Schnittke and Arvo Pärt on the BR-KLASSIK label.
Münchner Rundfunkorchester
Founded in 1952, in the course of its 60-year history, the Münchner Rundfunkorchester has developed into an ensemble with an enormously expansive artistic spectrum. Concert perfor- mances of opera with international stars and the Paradisi gloria series highlighting 20th and 21st century sacred music are just as much a part of its schedule as are children’s and young people’s concerts including supplemental educational programs, entertainingly hosted theme evenings or the performance of film scores.
Since 2006 Ulf Schirmer has been the Artistic Director of the Münchner Rundfunkorche- ster. He has set new accents in content with rediscoveries in the field of opera and operetta, the performance of commissioned works in the Paradisi gloria series and collaborations with the August Everding Bavarian Theatre Academy. In 2013, the Vokal genial (Choice Voices) International Singing Competition in cooperation with the “Konzertgesellschaft München” took place for the forth time. The Münchner Rundfunkorchester has regular guest appearances at festivals such like the Kissinger Sommer, Mozartfest Würzburg and Richard Strauss Festival in Garmisch-Partenkirchen. At the 2013 Salzburg Festival the orchestra accompanied Anna Netrebko and Plácido Domingo in Verdi’s Giovanna d’Arco; this was followed by an invitation for Donizetti’s La favorite in 2014. Thanks to its large number of CD productions the Münchner Rundfunkorchester is ongoingly represented on the recording market with such renowned artists as Vesselina Kasarova, Diana Damrau or Klaus Florian Vogt as well as opera and operetta recordings of works like Humperdinck’s Dornröschen (Sleeping Beauty) or Bernsteins Trouble in Tahiti.