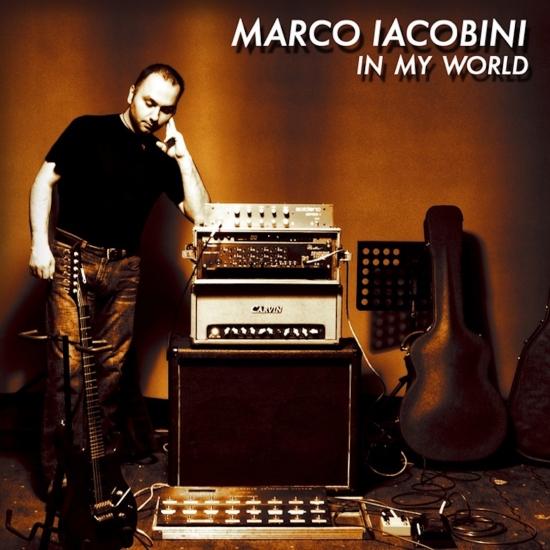 Info for In My World (Remastered)

The album “In my world” is Marco Iacobini debut solo is a combination of rock, fusion and prog. It’s an all-instrumental album for music lovers that want to enjoy pure music with shred guitars combined with melodic tunes. An album surely essential for all fans of Steve Lukather, Steve Vai and Yngwie Malmsteen. Marco’s musical influences. “ In my world ” spotlights the brilliance of drummer Cristiano Micalizzi and bassist Marco Siniscalco who lay down an incredibly thick rhythm foundation for Marco’s guitar acrobatics. Also featuring: Stefano Sastro on keys, a great musician with an unique phrasing style descibed as a cross beetween Alan Pasqua and Herbie Hancock. Guests: Mario Guarini on bass and Juan Carlos Albelo Zamora on Violin and Viola. This album has been recorded and mixed at Forward studios in Rome. The best recording studios in Italy and mastered at Bernie Grundman mastering in Los Angeles by Mr. Bernie Grundman himself.
We started to work on this guitar oriented record during the spring of 2006. Our idea was to release an album, working in the same way as the old productions of 70' and 80' era, following a full analog process for recording and mixing. It's now available "In my world" the album of the musician, arranger, producer Marco Iacobini "I'm very thankful to have had the opportunity to remaster this album which I particularly tied up, working with the incredible Forward Studios, in It's anechoic room drawn by the great engineer Francis Manzella, we mastered the album in DSD format PACM 96kHz, 24bit.
All tracks were recorded on the legendary Neve 88R analog console. No plug-ins, but only real gear as: a lot of preamps, equalizers, compressors, analog and digital effects.
Since we should have recorded some different tracks for each instrument, working on a considerable number of overdubs, we haven't been able to record everything, using the incredible analog tape machine Studer A827 - 24 tracks, so after careful consideration, we took the decision to work in the hybrid way, recording our project on Pro Tools, working in high quality audio format: 96 kHz - 24 bit.
The next step was to mix everything on the amazing analog console SSL 9000J connected directly to the analog tape machine Studer A80 - 1/2 inch. "The first version of the mastering was made by the mastering guru Bernie Grundman, sending to him the analog tapes of the final mix at his studio in Hollywood, CA.”
Marco Iacobini, guitars
Stefano Sastro, keyboards
Marco Siniscalco, bass
Cristiano Micalizzi, drums
Digitally remastered 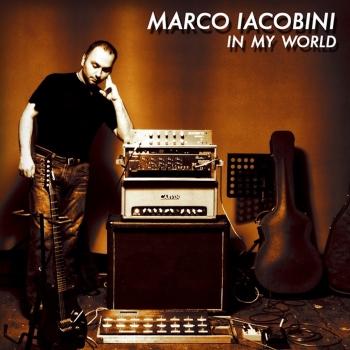 In My World (Remastered) 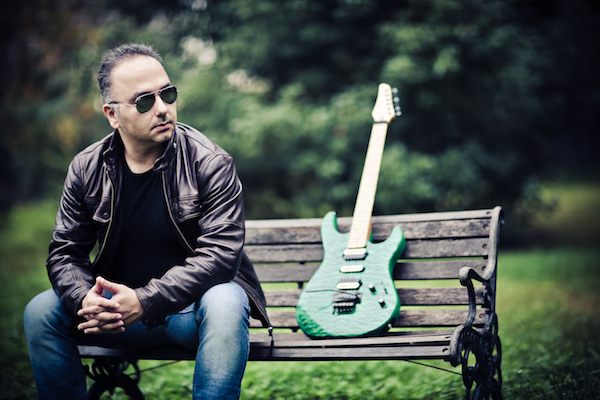 Marco Iacobini
Versatile musician, guitarist, composer, producer and arranger Marco Iacobini has played with such stars like as: Tony Levin, Dave Weckl, Keith Carlock, Thomas Lang, Virgil Donati, Stuart Hamm, Mike Terrana, Carl Verheyen, Billy Sheehan, Joel Taylor, Philippe Saisse, Phil Maturano, Bill Bergman, the famous italian female singer Giorgia and many more.
Besides a lot of production he joined as a musician, arranger an producer, Marco has assets three album designed for the international guitar market, "Spaces" 2014, "In my world" 2007, "The sky there'll always be" 2013
He is present at the most important international events as endorser and demonstrator for Carvin, Truetone pedals and participates at The Namm Show in Los Angeles and MusikMesse in Frankfurt.
His latest album "The sky there'll always be" released in 2013 for the label Muso Entertainment in Los Angeles, owened by the great drummer Thomas Lang, sees the participation of Tony Levin, Dave Weckl, Keith Carlock, Mike Terrana, Bill Bergman, Joel Taylor, Billy Sheehan, Carl Verheyen, Stuart Hamm, Thomas Lang, Philippe Saisse and many others.
Currently in program an instrumental project with the drummer Mike Terrana, called "Tips Included" together with Anna Portalupi on bass and Stefano Sastro on keyboards.
He collaborates with the American singer Tyra Juliette, former vocalist for Kid Rock, Keith Urban, Pharrell Williams and many others, on her European tours.
Recently he was invited to participate at the recordings of a tribute album dedicated to the great guitarist Jeff Beck, entitled "The Loner 2" together with Michael Thompson, Scott Henderson, Stef Burns, for the German label ESC Records in Frankfurt.
He recently participated in the recording of the album "Guitar Addiction 2" along with Frank Gambale, Joel Hoekstra of Whitesnake, Bruce Bouillet of Racer X and Michael Lepond of Symphony X, for the French label Guitar Euro Media.
He carries out an intense didactic and musical activity both in the studio and live.

Booklet for In My World (Remastered)