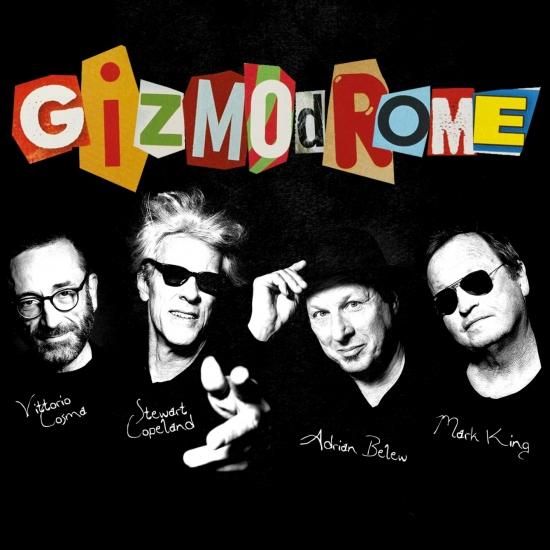 “Strange Things Happen” is the title of a song on Gizmodrome´s debut album. Certainly great things have happened in the studio, when the four incredible talents met to create one of the most exciting and versatile albums of 2017.
Gizmodrome is in fact a high-voltage “All-Star-Band” formed by Stewart Copeland (The Police and multi-awarded soundtracks composer), Mark King (Level 42), Adrian Belew (ex King Crimson, David Bowie, Frank Zappa and Talking Heads) and Vittorio Cosma (who played with Italian prog legends PFM and an impressive list of Italian and international stars).
Their self-titled debut album will be released worldwide by earMUSIC on September 15th, 2017.
In days of “long-distance recording”, with musicians emailing each other sound files, never having been in the same room, Gizmodrome started with the very opposite approach: real old school excitement by four musicians in the rehearsal room!
It is not a surprise that four musicians with such diverse talents and backgrounds, playing one step from each other, have created music that is vibrant, electric and unpredictable.
Stewart Copeland who is known for his exceptional drum style in songs that changed pop rock forever, is obviously the wild talent behind the drums, but he takes the lead as the main singer in almost all songs and it is the match of his unique vocal approach with the melodic vocals lines of Mark King and the extravagant singing style of Belew to make each song a masterpiece!
One would naturally wonder how two US based musicians could end up forming a band with one English and one Italian musician…
Stewart Copeland explains: “Vittorio and I have been playing together for years, in Italy, but it got serious when Adrian and Mark joined us for 15 days of wild creativity in a Milan recording studio. If you put the right guys together in a rehearsal room, “strange things” definitely happen!”.
“Stewart texted me and asked if I fancied joining him and some of his friends in a studio in Milan”, remembers Mark King, “and next thing, I’m banging out basslines to his ferocious beats with Mr. Adrian Belew bouncing sounds off the walls that I never heard before, and Vittorio who somehow always pulls it all together. That is Gizmodrome!”
Adrian Belew adds: “Gizmodrome totally surprised me! I went into a studio in Italy not knowing what to expect and by the end of day one of recording I knew two things: the musical chemistry was incredibly exciting and we were having incredible fun!”.
The result of this amazing experience is something new and truly unique.
“Progressive pop” could be a definition that would sum all the elements in Gizmodrome, but it would probably do no justice to the wild rock guitars of Adrian Belew or the imaginative and poetic keyboards of Vittorio Cosma. One thing is sure: Gizmodrome is unpredictable and pioneering.
Fans who loved all the bands in the past of the four musicians will play this album on and on.
“Gizmodrome took me back to the authentic joy to play music I had when I was sixteen”, says Vittorio. “Just a band and a garage with the walls covered with the posters of all my music heroes. Only it happens now that I’m playing with the people on the posters!”
“Gizmodrome” has been produced by Claudio Dentes, a wizard producer that could be best described as the musical version of Dr. Brown in “Back To The Future”, responsible for some of the most creative and successful Italian production for the last 30 years.
Stewart Copeland, drums, vocals
Mark King, bass, vocals
Vittorio Cosma, keyboards, vocals
Adrian Belew, guitar, vocals
Produced by Claudio Dentes 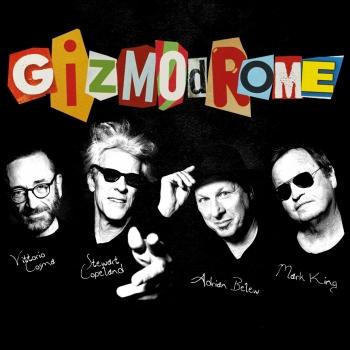 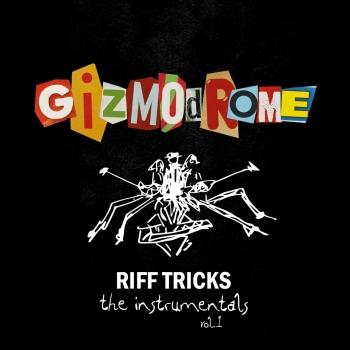 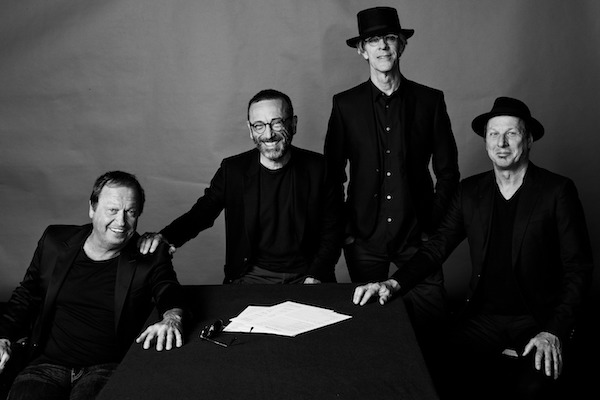