Waiting for the Sun (Remastered) The Doors 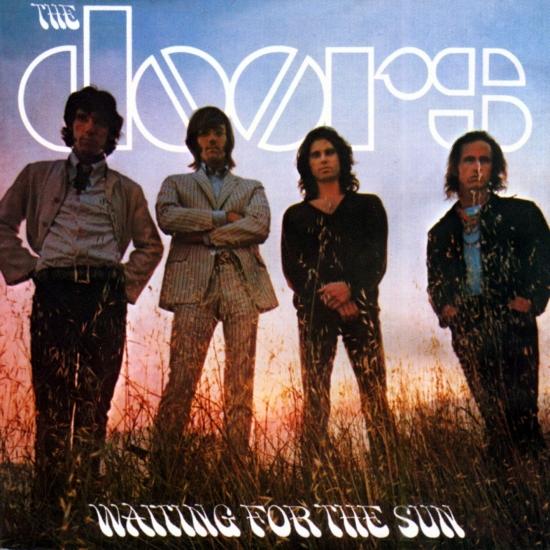 Info for Waiting for the Sun (Remastered)

One night recently the Mothers were performing 'Plastic People Louie Louie' when Frank Zappa stumbled onto the monologue that graces 'The End' ('he took a face from the ancient gallery and he walked on down the hall ...'). It was terribly funny, and it was nice to see Zappa go through the Morrison changes with an utter lack of seriousness, if only because Morrison himself could use some levity occasionally. Listening to the new Doors' album, Waiting For The Sun, reminded me of Zappa and also how good the first Doors album was; yet after a year and a half of Jim Morrison's posturing one might logically hope for some sort of musical growth, and if the new record isn't really terrible, it isn't particularly exciting either.
The group, as always, is tight: Manzarek does some nice things on keyboards and Krieger acquits himself quite capably on guitar; the rhythm section (particularly Densmore) leaves something to be desired in the way of swing, but at least everybody is together. The album's songs vacillate between the trivial and the neo-Freudian, reaching in some cases new depths as far as lyrics go: 'Summer's almost gone, summer's almost gone, we had some good times, but they're gone ...' But the real problem is Morrison, for the Doors have come to be structured around him: there are no extended solos to speak of, which is a pity considering Manzarek's not inconsiderable skill. On this album Morrison doesn't seem to sing as well as on the first Doors' release, but more important is his lack of subtlety: as S. Leon Sultan has pointed out, 'The Unknown Soldier' is about on a par with Eric Burden's 'Sky Pilot.'
There are of course some good tracks: 'Spanish Caravan' features some beautiful Krieger classical guitar work, and is well-arranged; 'Not to Touch the Earth' (part of a longer 'theater piece,' 'The Celebration of the Lizard') also has its moments, and in spite of its lyrics the music to 'Summer's Almost Gone' is highly evocative, with Krieger's slippery bottle-neck guitar effectively embellishing the song. 'Hello, I Love You' and 'We Could Be So Good Together' are pretty thin fare, while the marriage of Morrison with the work song ('My Wild Love') is somewhat awkward. There is some nice Manzarek harpsichord on 'Wintertime Love' (a waltz), but nothing of real substance, and (in case anyone wondered) Morrison shows on 'Yes, the River Knows' that he is incapable of sustaining a ballad. Then there is the album's 'hard' rhythm and blues number, 'Five to One,' where Morrison manages to sound like a combination of Barry Melton, Wolfman Jack and Conway Twitty while the rhythm section chugs through the changes.
Waiting for the Sun is a respectable, if unimpressive, third album; it at least represents an advance over Strange Days (which had the knack of sounding like the first Doors album, not only as good). Nevertheless the Doors are not a particularly exciting hard rock band and Morrison is something like rock music's equivalent to Rod McKuen. Whether all this adds up to the praise that has been heaped on the Doors in some circles is open to question. As for the music, great rock it isn't — but then Morrison is supposedly our generation's sex symbol. Anyway the cover is pretty. (Jim Miller, Rolling Stone)
Jim Morrison, vocals
Robby Krieger, guitars
Ray Manzarek, organ & piano
John Densmore, drums
Guests:
Douglas Lubahn, bass
Kerry Magness, bass (Track 6)
Leroy Vinnegar, acoustic bass (Track 7)
Produced by Paul A. Rothchild
Mastered by Bruce Botnick & The Doors
Digitally remastered.