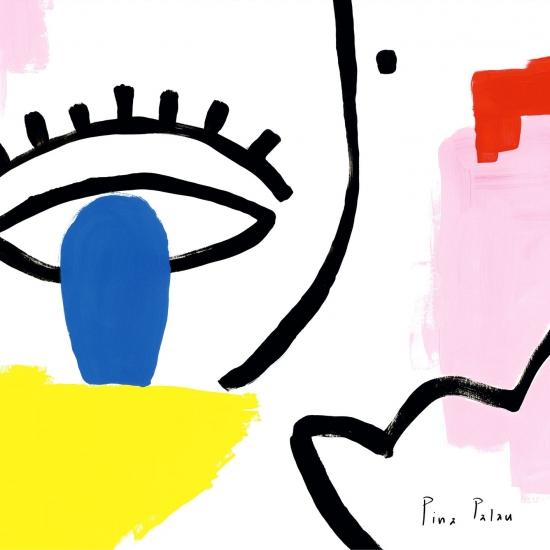 After a string of gorgeous singles, singer songwriter Pina Palau releases her debut full-length. Titled Illusion, the record is a collection of carefully crafted indie folk gems ranging from pensive, earthy ballads to explosive, twangy anthems. Meaning: there are songs on here that will balm your soul on a lonely drive down the 101; but also the type that will propel a bunch of bodies into motion and have them spinning around a blazing bonfire. Conversational in tone, yet emotionally crushing (in a subtle sort of way), these songs are a candid inventory of the soul. The casualties of coming of age, finding your place in the world as a young woman, wrestling with the incongruities of subjectivity while figuring out what it means to be an artist – every topic is rendered in a careful, subtle shading with a gentle touch.
It started as a morning ritual: a cup of coffee, an acoustic guitar, a pencil, and a pad. Whatever was happening at the moment, she put it down in her sonic journal; dreams and memories included. Raw, unfiltered, and honest, because nobody was listening. Not yet. In a couple of months, there was more than enough material for a full length. That’s when co-producer Mario Hänni jumped on board. The morning ritual continued, but with way more “toys” now. Everything was allowed, as long as the spirit of the original demos was kept intact and the feeling true. When sound engineer Giuliano Sulzberger joined the fam, they moved the operation to a cozy studio with giant windows located over a janky car repair shop in an industrial part of Zürich. Since all three of them obsess over texture, second-hand mics and unorthodox miking techniques became a thing. They also ran signals through old school amps and, often, recorded with the windows wide open, even when it rained. Soon enough, all of the songs blossomed into fully fleshed out arrangements, some with a dash of something orchestral, strings and all.
Illusion sounds both new and old. With the analog treatment – the fuzzy warmth about them – it’s hard to place these songs on a timeline. On occasion, a little nod towards something contemporary might slip in; but mostly, this is a body of work that is in dialogue with the greats. Complex arrangements aside, the writing relishes in the elegance of simplicity — and this goes for the music as well as the lyrics. Musically, there is always just enough; that is: only as much as is necessary to transport the emotion. The lyrics are crafted out of poetic plain-speak and feel like an intimate conversation (at times a confession) or like being inside Pina’s head. On the dreamy, acoustic-driven gem Patti’s Words, Pina describes her trip to New York, and how she got lost in a world that Patti Smith captured in her prose. Super Ego, extremely intimate and cinematic, finds her writing from the point of view of being sound asleep, while the responsible part of her tries to coax her out of bed. Stranger, which sounds like a really tight band lost deep in the zone, deals with a childhood friendship, the relentless nature of time, and the pains of growing apart with somebody very dear to you. Jupi rocks! As far as hookiness is concerned, it's as sticky as it gets! It captures that strange feeling when everything seems like it went completely off-the-rails, and you don’t know whether to laugh or cry. It’s caustic and fun. Illusion, which provides the conceptual framework for the rest of the songs, is based around the realisation that your memories can, and often are, heavily sugar coated. Out of sync with reality. The song crescendos and unravels like a labyrinthine dream that spills out over the shores of waking consciousness. Melancholy and gorgeous. Orchestral. When the last sound finally fades out, nothing is as it was. Which makes it the perfect choice for the title track on a record that deals with the loss of innocence and the winding maze of self-revelation.
Pina Palau 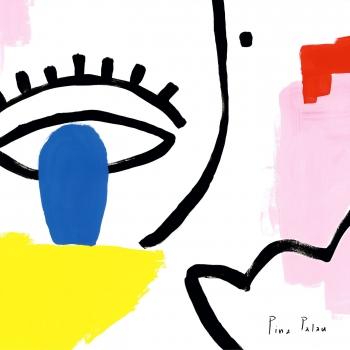 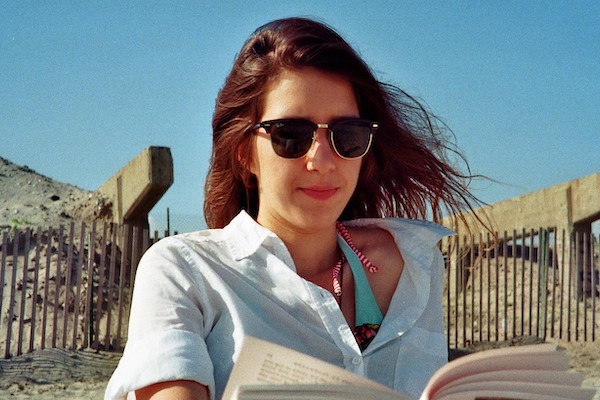 Pina Palau
We live in an enchanted world, unfortunately way too often we’re too busy to even notice. It takes a special type of artist to draw back the curtain and make us recognise this magic nestled in the mundane. Singer-songwriter Pina Palau possesses this rare gift. Her songs obsess over the everyday: coaxing the poetry out of situations and characters that seem all too familiar. She loves the incongruous, the contradictory, the petty, the awkward and the ugly found in all of us; and is somehow always able to transmute it into something precious and beautiful.
Her forthcoming debut record is titled Illusion and it's full of all types of delicious indie-folk iterations. The record was produced together with Mario Hänni of Mnevis and Trio Heinz Herbert and recorded by Giuliano Sulzberger. It will be released by Mouthwatering Records, the home of Black Sea Dahu, Odd Beholder and ellas.
Pina’s songwriting evokes the work of Adrianne Lenker of Big Thief, Julia Jacklin, Hand Habits, Courtney Barnett and Phoebe Bridgers' solo work as well as her output with the Boygenius group along with Lucy Dacus and Julien Baker. Her musical roots, however, reach back to the women who laid the foundation for female singer-songwriters: Joan Baez, Patti Smith and Janis Joplin.