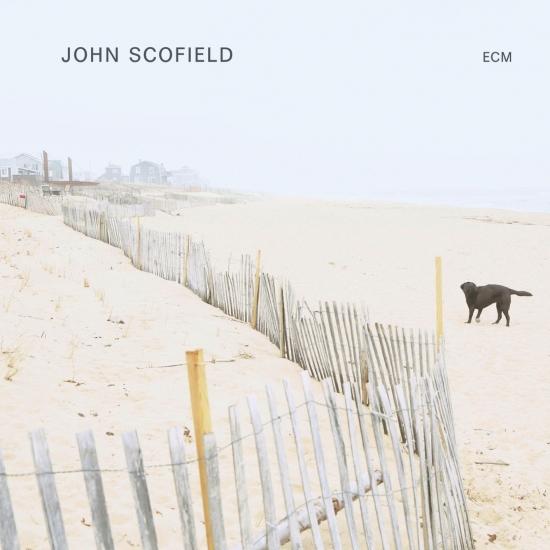 John Scofield’s first guitar-solo-recording ever gives a résumé of all the influences and idioms he has cultivated over his career in performances on guitar, accompanied by his own rhythmic pulse and chordal backing using a loop machine. Besides jazz, John is known to have always also had a soft spot for the rock and roll and country music he grew up with, revealed here in unencumbered renditions of Buddy Holly’s “Not Fade Away” and Hank Williams’ “You Win Again”. Between elegant and personal readings of standards, like “It Could Happen To You”, the traditional “Danny Boy” and Keith Jarret’s “Coral”, Scofield presents his own timeless compositions – some new, others known. For the guitarist, it’s all about “the way you get the sound out of the string and what you do with it after you attack it.”
With a career spanning over half a century, marked by influential collaborations with jazz greats like Miles Davis and Joe Henderson as well as several dozen genre-bending leader dates, it’s all the more striking that this is in fact John Scofield’s first ever guitar-solo recording. The long wait, however, pays off, as John is able to benefit from his decades of experience and charts an intimate path through the styles and idioms he has traversed up until today. He is not entirely all on his own on this endeavour though: the guitarist enters into dialogues with himself, soloing to his own tasteful chordal and rhythmic accompaniment via loop machine.
“I think that there’s a delicateness that I have acquired from playing at home alone”, Scofield has recently said in conversation with The Boston Herald. “I am so used to playing with a slamming band […] and there’s a certain musicality to that. That went away and was replaced by this more delicate approach of pinpointing the beauty of the strings. When I play solo, I make these little guitar loops on the fly, […] and it’s almost like I’m playing with another person.”
Not uncommon for self-titled recordings, a deeper meaning can be read into choosing the album name John Scofield, as John digs deep into the past, all the way back to his roots and the heroes of his youth. The result is a balanced and thorough picture of the musician, tying together the music that shaped him and that he has subsequently continued to influence and forge himself.
“When I was a kid the guitar was the instrument of rock and roll and popular music, that’s what I was interested in”, Scofield explains. In that spirit, he effortlessly pulls Buddy Holly’s “Not Fade Away” from a hat, giving an edgy and laid-back rendition of the hit Holly wrote six years after Scofield was born. John reaches even further back with Hank Williams’ “You Win Again”, released when Scofield was just a year old, in 1952.
John’s main emphasis throughout the years, however, has remained his deep commitment to the jazz tradition, and here he grabs a number of standards off the rack and gives them unique interpretations. His comments on each song are included in the liner notes accompanying this release, where he reveals his fondness for Kenny Dorham’s take on “It Could Happen to You”. John’s own version is a swinging affair with a deft key-change halfway through. He also reminisces about his first recording date, backing up Gerry Mulligan and Chet Baker on “There Will Never Be Another You” and his pass at the song proves a nimble and compact adventure. An especially minimalist take on the Arthur Johnston and Sam Coslow-penned “My Old Flame” follows – John turns off the loop machine for this one.
The guitarist has filled a fair share of albums with his own writing – its tuneful qualities and inviting singability having the same timeless character as jazz standards. “I never think about ideas when I write music. Instrumental music exists in a different part of your brain, it’s not about an idea that can be described with language or visually. Music exists in its own place”, John reflects.
His compositions are among the highlights of this set: Scofield renders “Honest I Do”, which he originally wrote and recorded in 1991, into a soulful ballad, explored with experimental guitar tones. “Mrs. Scofield’s Waltz” is dedicated to his wife, who in turn gave “Since You Asked”, a song John initially recorded with Joe Lovano in 1990, its name. “More of a feeling than an actual composition” – in the words the guitarist – “Trance Du Hour” is his “version of 60’s jazz à la Coltrane”. It maintains the same high level of energy as his blues “Elder Dance” does.
Along with traditionals “Danny Boy” and “Junco Partner”, John delivers a haunting and somewhat oblique interpretation of Keith Jarrett’s “Coral” – Scofield’s version doesn’t introduce the song’s main theme until the very end. They complete this graceful solo venture, recorded in Katonah, New York in August 2021.
John Scofield’s ECM appearances to date include two albums with Marc Johnson’s Bass Desires group – Bass Desires (recorded 1985) and Second Sight (1987) – in which the guitarist shared frontline duties with Bill Frisell. On Shades of Jade (2004), a third Marc Johnson album, Scofield is heard alongside frequent colleague Joe Lovano. The live double album Saudades (recorded in 2004), meanwhile, features Scofield as a member of Trio Beyond, alongside Jack DeJohnette and Larry Goldings, reassessing the songbook of Tony Williams’ Lifetime. After 2020’s Swallow Tales, John Scofield is the guitarist’s second ECM recording as a leader.
John Scofield, electric guitar, looper 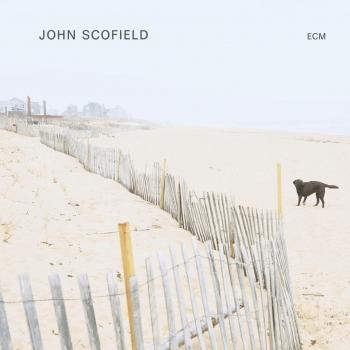 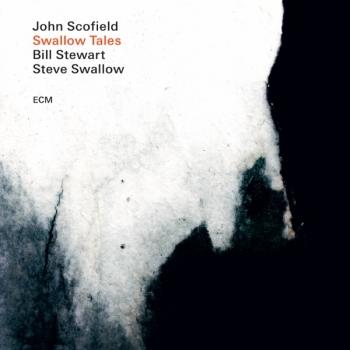 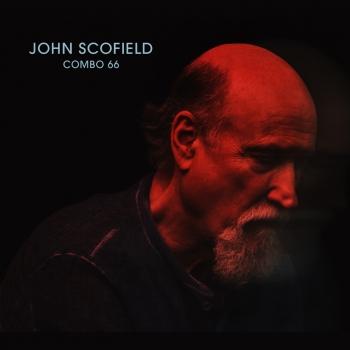 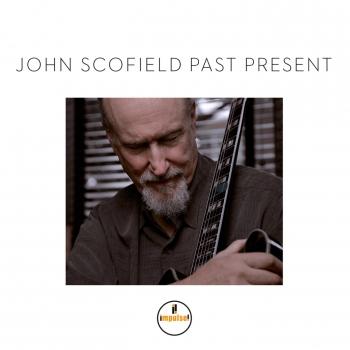 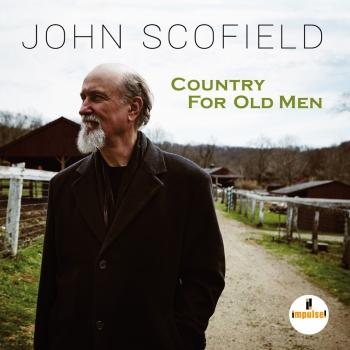 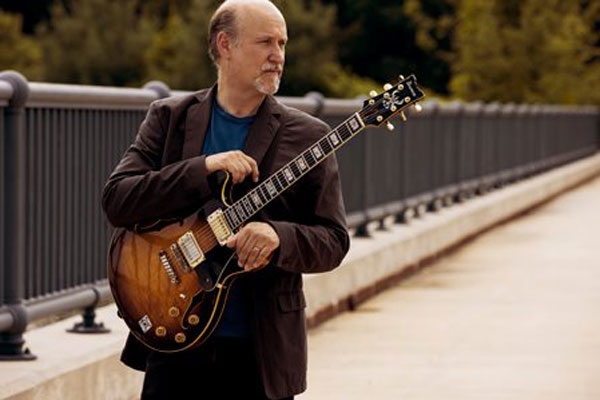 John Scofield
John Scofield's guitar work has influenced jazz since the late 70’s and is going strong today. Possessor of a very distinctive sound and stylistic diversity, Scofield is a masterful jazz improviser whose music generally falls somewhere between post-bop, funk edged jazz, and R & B.
Born in Ohio and raised in suburban Connecticut, Scofield took up the guitar at age 11, inspired by both rock and blues players. He attended Berklee College of Music in Boston. After a debut recording with Gerry Mulligan and Chet Baker, Scofield was a member of the Billy Cobham-George Duke band for two years. In 1977 he recorded with Charles Mingus, and joined the Gary Burton quartet. He began his international career as a bandleader and recording artist in 1978. From 1982–1985, Scofield toured and recorded with Miles Davis. His Davis stint placed him firmly in the foreground of jazz consciousness as a player and composer.
Since that time he has prominently led his own groups in the international Jazz scene, recorded over 30 albums as a leader (many already classics) including collaborations with contemporary favorites like Pat Metheny, Charlie Haden, Eddie Harris, Medeski, Martin & Wood, Bill Frisell, Brad Mehldau, Mavis Staples, Government Mule, Jack DeJohnette, Joe Lovano and Phil Lesh. He’s played and recorded with Tony Williams, Jim Hall, Ron Carter, Herbie Hancock, Joe Henderson, Dave Holland, Terumasa Hino among many jazz legends. Throughout his career Scofield has punctuated his traditional jazz offerings with funk-oriented electric music. All along, the guitarist has kept an open musical mind.
Touring the world approximately 200 days per year with his own groups, he is an Adjunct Professor of Music at New York University, a husband, and father of two. Visit: www.johnscofield.com