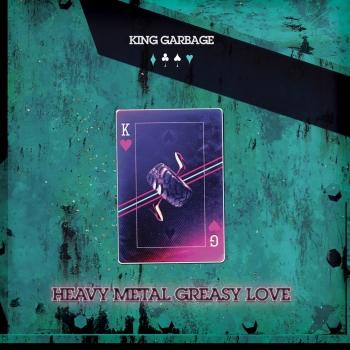 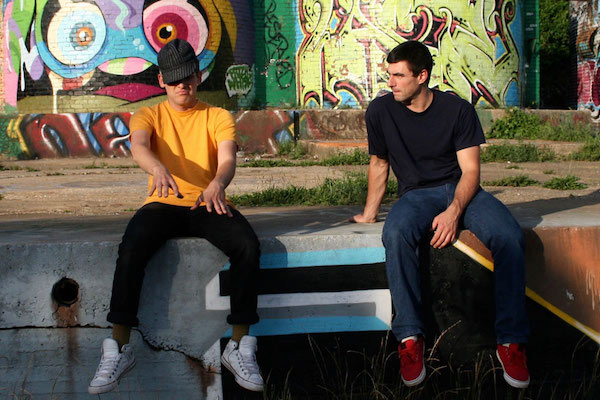 King Garbage
Longtime friends and GRAMMY® Award-nominated producers Zach Cooper and Vic Dimotsis have quietly impacted pop, R&B, and hip-hop with production credits for everyone from The Weeknd and SZA to Ellie Goulding, Gallant, and Billy Porter. They initially reared their two heads as King Garbage on 2017’s Make It Sweat, tallying millions of streams and earning acclaim from Wonderland Magazine and Paste Magazine who hailed it as “a grin-inducing collection of modern R&B and funk.”
“It’s a taste of retro without being a reproduction,” observes Vic. “Love and life are very sweet, bitter, and heavy. You’re going to need big tires and a dense frame to cross the desert life can give you. The name felt right. The music is crispy, searing, spacious, sandy, and welded with perfect dimes at the seams. If you read anything about history, you can fall in love with its brutality. Nature is the most metal, always at war with itself and never asking ‘Why?’ when change comes. I believe if you live long enough, the crushing weight and terrible beauty begin to hold hands, and an appreciation is reached, or at least an understanding. This was the best way to describe the album as well as what we see in the world. Love, nature, past, present, and future.”
They found this parity through prolificity. In 2021, Vic and Zach co-wrote “Sing” for Jon Batiste’s We Are. It gathered eight GRAMMY® Award nominations, including “Album of the Year.” They also penned “Sweeter” [feat. Terrace Martin] on Leon Bridges’s Gold-Diggers Sound, which notched a GRAMMY® nod in the category of “Best R&B Album.”
In the midst of this creative whirlwind, the duo turned to King Garbage, finding the perfect time to return.
“It’s the right time, because it’s been about five years since the last album,” adds Vic. “We were lucky enough to have successes with Leon and Jon. In entertainment, it doesn’t hurt to have stuff to brag about during press releases,” he laughs. “We were also insanely lucky to have met Mr. Mike Patton and be given a chance to work with Ipecac. We had been drawn to Ipecac since we were young, so it seemed natural to respect the very source that had inspired us in the first place.”
Breaking from the “rough and ruddy” vibe of Make It Sweat, King Garbage incorporated a rock ‘n’ roll spirit within this soul sphere. Last year they teased the album with “Piper” and “Peanut Butter Kisses” before revealing their brand new single “Busy On A Saturday Night.” On the track, vocals hum barely above a whisper as clean guitar wraps around horns before the high register hook takes hold. It ends on a crescendo straight out of a sixties cop show.
In the end, Heavy Metal Greasy Love is as smooth as King Garbage are.
“If just one person would listen and come away with less fear, less rigidity, more human spirit, and a respect for the unknown, it’s worth it,” Vic leaves off. “Maybe you think, ‘Well, if these bozos are taking chances and making what they want under the name King Garbage, what could I do with my idea or dreams?’"