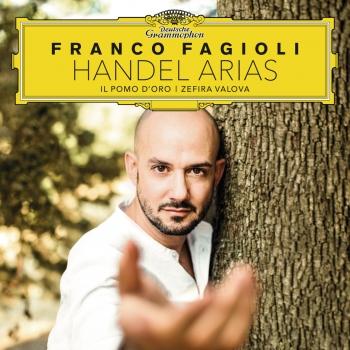 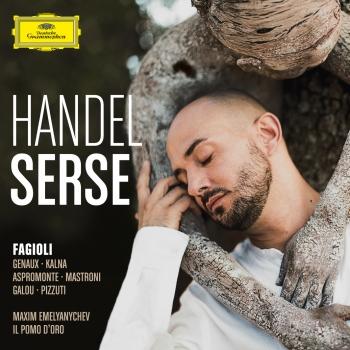 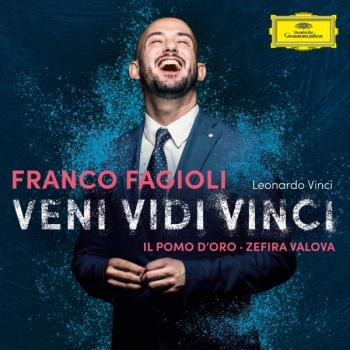 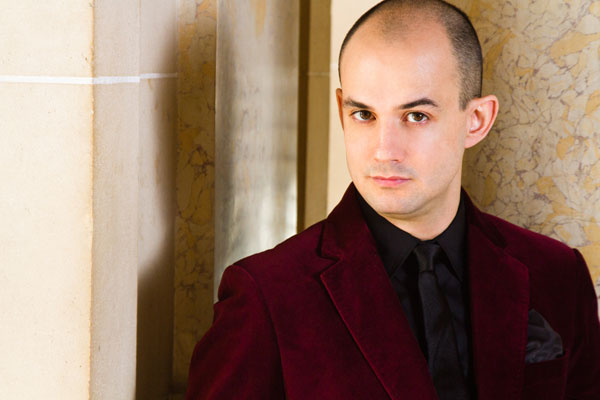 Franco Fagioli,
is universally recognised as one of the finest countertenors performing today. His voice, with its huge three-octave range, has been unanimously praised for its beauty, while his dazzling virtuoso technique has set new performance standards.
Fagioli was born in San Miguel de Tucumán in Northern Argentina. Early training as a pianist in his home city was followed by vocal studies at the Instituto Superior de Arte at Buenos Aires’s world-famous Teatro Colón, where, advised by the renowned baritone Ricardo Yost, pianist Celina Lis and his then singing teacher Annelise Skovmand, he began specialising as a counter-tenor.
His international breakthrough came in 2003, when he won the prestigious Bertelsmann “Neue Stimmen” award. He was soon performing at such major venues as the Théâtre des Champs-Elysées, the Teatro Carlo Felice, Genoa, the Teatro Colón, the opera houses of Essen and Bonn, and at the Innsbruck, Halle, Karlsruhe and Ludwigsburg Festivals (singing the title-role in Gluck’s Ezio, now available on CD from Oehms Classics/SWR). He worked with such conductors as Riccardo Muti, Rinaldo Alessandrini, Gabriel Garrido, Nikolaus Harnoncourt, Michael Hofstetter, René Jacobs, José Manuel Quintana, Reinhard Göbel , Marc Minkowski and Christophe Rousset.
His Giulio Cesare in Zurich (2005) caused a sensation, repeated in Oslo (2007) and Karlsruhe (2008). 2009 saw widely-acclaimed performances as Demetrio in Handel’s Berenice (conducted by Alan Curtis, and also released on Virgin Classics), and of Handel’s Teseo under Konrad Junghänel at the Stuttgart Staatsoper (available from Carus/SWR as a live CD recording). In Stuttgart he also gave his first European solo recital : a sell-out performance that received a standing ovation. He then made a notable return to his homeland as the lead in Gluck’s Orfeo ed Euridice at the Teatro Colón, and as Telemaco in the Argentinian premiere of Monteverdi’s Il ritorno d’Ulisse in patria for Buenos Aires Lírica.
In February 2010 he added another role to his list of Handelian heroes, Ariodante (again in Karlsruhe) and in April made his American début in the name-part of Chicago Opera Theater’s acclaimed production of Cavalli’s Giasone, conducted by Christian Curnyn. In May he returned to Argentina to perform the role of the Spanish poet Federico García Lorca in Osvaldo Golijov’s Ainadamar, produced at the Teatro Argentino in La Plata as part of the country’s 200th anniversary celebrations, while August saw his first appearance at the Valle d’Itria festival in Martina Franca, singing the hero, Bertarido, in Handel’s Rodelinda: his first collaboration with conductor Diego Fasolis. For this he was awarded “Best Countertenor of the Year” by the Italian magazine L’Opera.
Fagioli’s solo disc Canzone e cantate appeared in November 2010, astounding the critics, who likened his singing on this “must have” recording to that of Cecilia Bartoli. During this season the great diva invited him to perform with her in concerts in Brussels and London, again receiving “rave” notices. He sang Nerone in two productions of Monteverdi’s L’incoronazione di Poppea (at the Cologne Opera and the Semperoper, Dresden) and Hamor in Handel’s oratorio Jephtha in Halle and Göttingen. In the summer he returned to Martina Franca as Arsace in Rossini’s Aureliano in Palmira, the composer’s only operatic role written for a castrato. For his achievements he was awarded the Premio Abbiati, the most prestigious music critics’ prize in Italy.
The 2011/12 season saw many appearances in concert (Froville, Heidelberg, Karlsruhe: Gala der Countertenöre, Schwetzingen, Dortmund: Pergolesi’s Stabat Mater, Budapest: J C Bach’s La Tempesta) and new productions of Giulio Cesare (at the Helsinki Opera), Poro (title-role for the Hallische Händel Festspiele) and Rinaldo (Teatro Colón). He showed extraordinary versatility in performing the soprano role of Arbace in Hasse’s Artaserse at Martina Franca in July (a role written for Farinelli), and, a month later at the Salzburg Festival under Marc Minkowski, singing another of Handel’s demanding alto castrato leads, Andronico in Tamerlano.
The present season began with a hugely successful project: the production, tour and recording (on Virgin Classics) of a rediscovered masterpiece, Leonardo Vinci’s last opera Artaserse (1730, setting a very similar libretto to Hasse), in which Fagioli again sang the bravura role of Arbace, originally conceived for another great castrato, Giovanni Carestini. This was a succès fou in France, Germany and Austria, receiving ecstatic reviews and a standing ovation at every venue. Further highly applauded performances have included the sacred: Handel’s Solomon at the Theater an der Wien and Jommelli’s Isacco, figura del Redentore in Salzburg; and the secular: Aci in Porpora’s Polifemo (another Farinelli role), and an appearance as soloist at the annual gala concert for the German AIDS Foundation. During the early summer he sings Bertarido in Handel’s Rodelinda in Krakow, and then recitals with the Accademia Montis Regalis under Alessandro de Marchi.
2013/14 opens with the release of an important recording celebrating the legacy of the castrato Gaetano Majorano, called Caffarelli, Farinelli’s supremely talented rival, as notorious for his off-stage antics as for his onstage successes: almost all tracks on this CD are world premiere recordings, and it promises to be a major event of the recording calendar. There will also be a series of concerts linked to this recording. Onstage, Fagioli will sing Athamas in a new production of Handel’s Semele at the Cuvilliers Theatre, Munich, Riccardo Primo at the Badisches Staatstheater, further performances of Vinci’s Artaserse in France, Germany and the Netherlands, and Sesto in Mozart’s La Clemenza di Tito. He further expands his repertoire with a new concert programme exploring music written for the last of the operatic castrati, Giambattista Velluti.