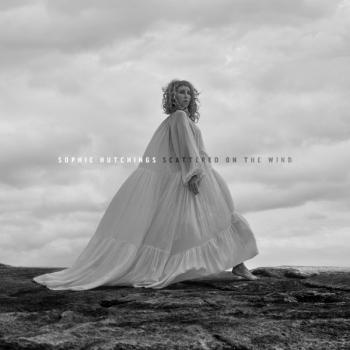 Scattered On The Wind 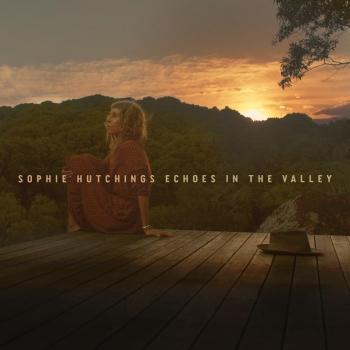 Echoes In The Valley 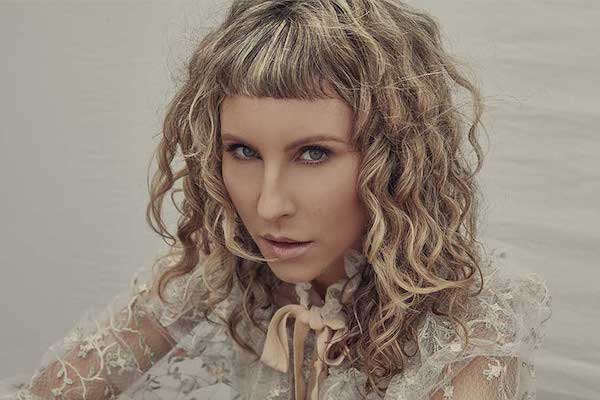 Sophie Hutchings
spent a good deal of her childhood outdoors, by the ocean. “I find the water has an almost medicinal effect,” says Hutchings, who still swims and surfs with enthusiastic regularity. “There’s a peace that comes over you when you’re in the ocean or gazing at its horizon.”
The elemental, almost otherworldly effect of that natural landscape on Hutchings’ psyche has proved a formative and lasting influence on her style as a pianist and composer. Hutchings’ music is ruminative and dreamy, rippling piano-based instrumentals described by The Guardian as exuding “an intimate, contemplative quality; sometimes melancholic, often with an exhilarating beauty.”
Self-imposed seclusion also shaped Hutchings’ now trademark sound, which would go on to see her nominated for the Australian Music Prize in 2016. She describes herself as gregarious child, part of a “big, noisy, active” household, her father’s jazz records competing against her two older brothers’ heavy indie rock collection. And though performing runs in her blood, Hutchings found she was “painfully shy” when it came to playing in front of others, preferring instead to cloister herself away, where she could enjoy the dream-like state that came over her when in congress with the keys. “That’s the beauty of instrumental music: it’s felt, not spoken, and sometimes the things we feel can’t always be articulated through spoken language.”
As a student, Hutchings chaffed against traditional conservatory methods, preferring to embrace alternative methods of learning. The music Hutchings wrote in her late teens was intuitively modern-classical; she wouldn’t encounter anything of or adjacent to the genre itself until a friend of her brother’s recommended Rachel’s, a post-rock chamber music group from Louisville, Kentucky, who’d become a touchstone of the young composer’s youth. The works of American ambient hero Harold Budd and legendary Estonian composer Arvo Pärt also proved influential in those early days. But mostly, Hutchings style – repetitive chords, subtly shifting moods – was entirely her own, arriving from a place of deep, unfettered instinct.
Hutchings’ 2010 debut Becalmed was released via an indie label in Sydney, and did well in Europe; MOJO named it one of the ‘Top 5 Independent Albums’ of the year. Night Sky [2012] followed, and by 2013, Hutchings was touring Japan. The following year saw her supporting Ólafur Arnalds at Melbourne and Perth Music Festival, and in 2015, her music was used by Qantas Airline as their official, in-flight soundtrack. Wide Asleep marked her third studio album, and while both that record and Night Sky received warm praise from the Australian music press, it was a 30-minute solo piano album White Light, released in 2015, that marked her first buzz release, proving a hit on streaming platforms and earning her a wider, more global fan base.
Her next studio album, Yonder [2017], announced her as a star in undeniable ascension, earning praise for a commitment to emotive ambience. She followed this with Byways [2017], a nocturnal companion record she describes as “the sleepy sister album” to Yonder. European tours followed in 2017 and 2018, along with acclaimed performances at prestigious Australian music festivals such as DARK MOFO and Vivid. 2018 saw the composer support Hauschka in Europe and bag a sought-after sync with Mercedes. By the time she was ready to release her latest album, the starkly stunning Scattered On The Wind, Hutchings was flattered to find herself courted by a number of major labels.
Scattered On The Wind – Hutchings’ first release with Mercury KX [April, 2020] – is a spellbinding affair, an elegant and transcendent meditation on “surrendering to the unknown, trusting that things will align.” A blend of revamped archival compositions, stored away on a cherished hard drive, and newer, original pieces written expressly for this record, it was recorded at Sydney’s Trackdown Studios in 2019. Tim Whitten was on hand to engineer, while long-time collaborators Peter Hollo and Jay Kong guested, adding cello and violin accents respectively. New players Bree Baxter and Vera Marcu added violins to ‘Your Heart’, ‘Scattered on the Wind’ and the album’s first single, ‘Two Flames’, while soprano singers Sandra Liu and Josephine Stark joined Hutchings in adding subtle, choral-inspired vocal accents throughout. Lee Hutchings also guests on the album, playing flute and alto flute.
A decade on from her debut, with a growing, global fan base and new continents beckoning, Hutchings is no longer the introverted pianist of her teenhood. “I pour so much emotional energy into my music; I think that’s why I was so desperately shy about performing it when I was a teen. But I have confidence in my vision now – partly through experience, and partly through the relationship I have with my audience. They’ve taught me to trust and believe in what I’m doing.”