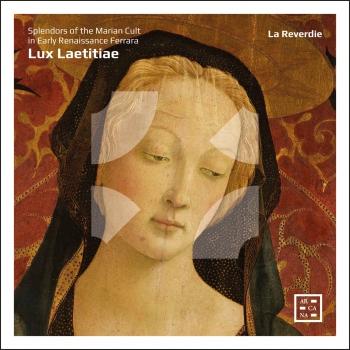 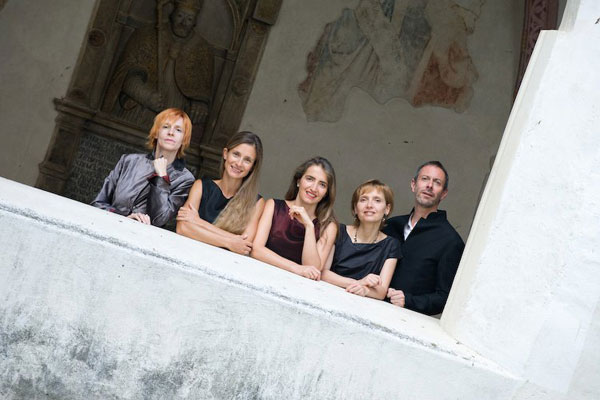 La Reverdie
In 1986 two pairs of young sisters from Italy (Claudia e Livia Caffagni, Elisabetta ed Ella de Mircovich) founded the Medieval ensemble LaReverdie: the name, derived from a poetic genre that celebrates the return of Spring, reveals perhaps the principal trait of a group that for 25 years now has captivated audiences and critics alike for the variety in its approach to the vast and varied musical repertoire of the Middle Ages and first Renaissance.
Since 1993 the famous cornetto player Doron David Sherwin is member of the group, both as player and singer.
In 2008 Ella de Mircovich, who had led several projects - basically conceived from an anthropological and literary point of view - dealing with a mainly North European repertoire, said farewell to the group: a divorce due to overwhelming artistical disagreements.
Presently the ensemble performs in groups from three to fourteen musicians, depending on the repertoire.
The deep research, together with the experience achieved thanks to the long and intense activity, have made laReverdie an absolutely unique ensemble, both for the extraordinary enthusiasm they share and communicate to their audiences, as well as for their assured and natural virtuosity in playing and singing.
They have recorded 18 Cds, 14 for Arcana and co-produced by the German broadcast company WDR, which have received various awards from the European press, such as the Diapason d’Or de l’Année (the first awarded to an Italian ensemble in the category of Early Music), eight Diapasons d’Or, thirteen 10 de Répertoire, three 10 from Crescendo, two ffff from Télérama, three “5 stars’ from Musica and one A from Amadeus. In 2000 the Festival International de Santander chose a live recording of a concert given by the group that year to be issued as a CD with the title laReverdie en Concierto. The recent CD "Carmina Burana - Sacri Sarcasmi" (Arcana A353) is one of the three Finalist 2010 Midem Classical Awards in the category Early Music.
Since 1997 the group’s members have been involved in teaching at summer courses as well as masterclasses and regular instruction at institutes.
laReverdie has collaborated, for special project, with Franco Battiato, Moni Ovadia, Carlos Nunez, Teatro del Vento.
For the 2010 season of Ravenna Festival laReverdie, together with Gérard Dépardieu, presented a specially created program of music together with selected readings from the Confessions of St. Augustine in the Basilica of Santa Apollinare in Classe to widespread critical acclaim.