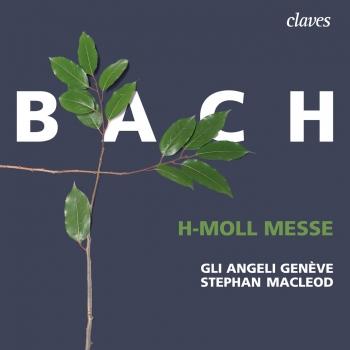 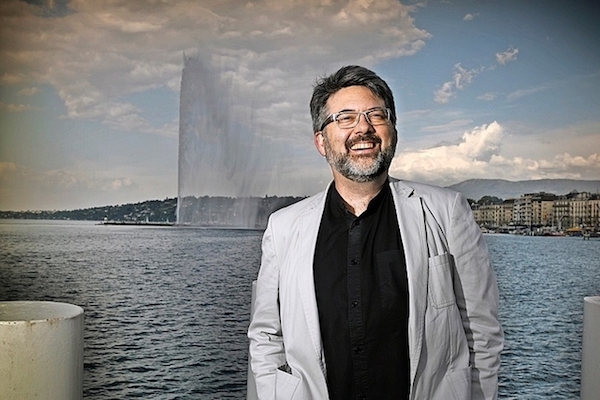 Gli Angeli Genève
was founded by Stephan MacLeod in 2005 and is an ensemble of varying composition that performs vocal and instrumental repertoire of the renaissance, baroque and classical periods. It is made up of musicians who either have solo careers of their own or who are chamber recitalists in the field of Baroque music but who are not exclusively active in this clearly defined area: in other words, they perform more than just early music, their eclecticism guaranteeing their enthusiasm and the sincerity of their research. While performing the complete Bach cantatas, Gli Angeli Genève is also seeking to introduce younger audiences to music in the form of a teaching programme based around Bach and period instruments. Children are able to attend their rehearsals and to take part in demonstrations, becoming familiar with the different families of instruments over the centuries, meeting the members of the ensemble and singing with them at school concerts. A part from all Bach Cantatas in their own series in Geneva, Gli Angeli Genève is initiating a new adventure in September 2017 with the start of the performing of all Haydn Symphonies in concert in Geneva over a decade. The ensemble is regularly invited in leading festivals and concert venues all around the world.
Stephan MacLeod
Born in Geneva, Stephan MacLeod first played the violin and the piano and then studied singing with Kurt Moll in Cologne and with Gary Magby in Lausanne. Active all over the world as a renowned concert singer since his early twenties, his desire to conduct started together with his singing career and he finally founded eleven years ago his own ensemble, Gli Angeli Genève, where he both sings and leads. Gli Angeli Genève is giving its season of concerts in Geneva since 2005, and is now regularly invited in most European concert halls and leading festivals for ancient music. As a singer, his career started through an intense collaboration with Reinhard Goebel and Musica Antiqua Köln when he was 20 years old. He’s been particularly active in the oratorio repertoire since, particularly under Philippe Herreweghe, Gustav Leonhardt(†), Franz Brüggen(†), Masaaki Suzuki (Bach Collegium Japan), Jordi Savall, Philippe Pierlot (Ricercar Consort), Michel Corboz, Daniel Harding, Vaclav Luks, Sigiswald Kuijken, Konrad Junghänel (Cantus Cölln), Christophe Coin, Helmut Rilling, Frieder Bernius, Jos Van Immerseel, Jésus López-Cobos, Hervé Niquet, Paul Van Nevel (Huelgas Ensemble), and with such ensembles as the Akademie für Alte Musik Berlin, Musica Antiqua Köln, the Freiburger Barockorchester, Tafelmusik or the RIAS-Kammerchor. He has been heard as a concert soloist and in recitals in most of the main music centers and festivals in Europe, as well as in the USA, Canada, South America or China, and is a frequent visitor to Japan. His work has been documented on more than 75 CD’s, many of which have won awards in the press. He teaches in Switzerland, where he holds a professorship in singing at the Haute Ecole de Musique of Lausanne. He is singing and conducting all over the world.