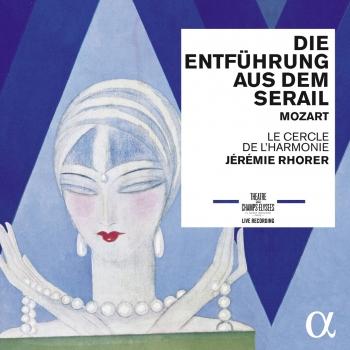 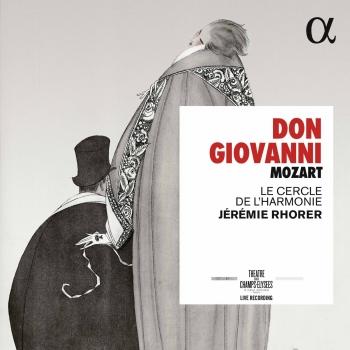 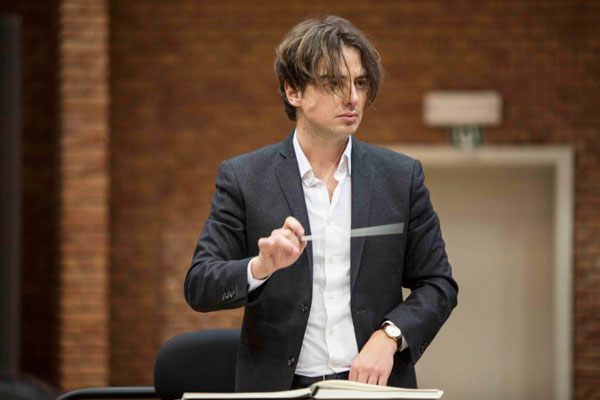 Jérémie Rhorer
is an artist who combines intellectual rigour and absolute clarity of musical vision to produce thrilling performances of both operatic and symphonic repertoire. He founded his own orchestra Le Cercle de l’Harmonie in 2005 and shot to prominence conducting Mozart operas at the Theatre des Champs-Elysees, Aix and Beaune Festivals and at the Opera Comique. He has since appeared at many of the world’s leading festivals, including Glyndebourne (with the London Philharmonic), Wiener Festwochen and Mostly Mozart New York, and has conducted at the Wiener Staatsoper, Munich and La Monnaie. Rhorer’s achievements have most recently been recognised by the Syndicat des Critiques Francaises award for ‘Best Opera Production 2013’ for Poulenc’s Dialogue des Carmelites with the Philharmonia Orchestra at the Theatre des Champs-Elysees.
Rhorer also has a busy symphonic career. In 2015/16 he conducts the Leipzig Gewandhausorchester, Yomiuri Nippon (Tokyo) and Rotterdam Philharmonic for the first time (in their main series), and returns to the Royal Festival Hall with the Philharmonia Orchestra after his spectacular debut there in May 2015. In June 2015 he opened the St Denis Festival (Paris) with a much – anticipated return to the Orchestre National de France for Schumann’s Das Paradies und die Peri. He is a regular guest of the Deutsche Kammerphilharmonie and the Basler Kammerorchester.
Highlights this season opera plans include Rhorer’s debut at the Royal Danish Theatre in Copenhagen for Henze’s Boulevard Solitude, returns to Frankfurt Opera for Verdi’s Stiffelio and to La Monnaie for Béatrice et Bénédict. Recent operatic highlights include Rhorer’s debut as at the Bavarian State Opera and Oper Frankfurt, Die Entführung aus dem Serail at Aix with the Freiburg Barockorchester and the world premiere of Thierry Escaich’s Claude in Lyon. With Le Cercle de l’Harmonie he conducted La clemenza di Tito at the Théâtre des Champs-Élysées, and closed the 2015/15 season at the Opera Comique with Berlioz, Bizet, Delibes and Chabrier.
Rhorer studied at the Conservatoire National Supérieur in Paris, assisting Marc Minkowski and William Christie at a young age, before forming Le Cercle de l’Harmonie. They made their London debut at the Barbican in 2011, appear every year at the Musikfest Bremen and Bozar in Brussels, and have a residency in Deauville, alongside Rhorer’s Artistic Directorship of the Mozart Festival at the Theatre des Champs-Elysees 2011-13 (conducting staged productions of Idomeneo, Così fan tutte and Don Giovanni). They have made several recordings for Virgin Classics/EMI and are now bringing their fresh approach to Liszt, Berlioz and the Beethoven symphonies on Naïve.
Jérémie Rhorer is also a notable composer. He is a winner of the ‘Pierre Cardin Composition Prize’ of the Académie des Beaux-Arts and he has several commissioned works by the French Radio. His complete chamber music compositions were performed at the festival in La Roche-Posay in 2006, and the orchestral version of his piano work Le cimetière des enfants was premiered by the Orchestre National de Paris in 2008. 2014 saw the world premiere of his new cello concerto in Pau.