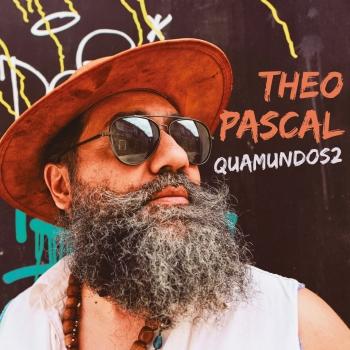 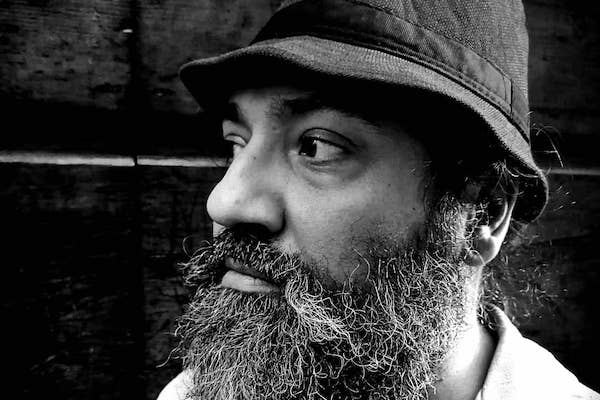 Theo Pascal
is one of the most talented and inspired Portuguese multi- instrumentalist-composer-producers in the Worldmusic/Lusophone/Jazz scene. He has been playing professionally since he was 13 years old and has a strong background of tours in Europe, North America, Africa and Asia as a solo artist, bass player and musical director.
He recorded several albums as a session player or invited musician with Portuguese and African artists from Cape Verde, Mozambique, Angola and Guinea Bissau (Carmen Souza, Sara Tavares, Ildo Lobo, Maria Alice, Eneida Marta, D.Kikas). Recorded next to musicians like Bob Mintzer, Dave Weckl and Tom Kennedy, etc and was directed by artist Lokua Kansa - one of the most talented African singer/musician/producer in the world, working in France.
Theo Pascal was Sara Tavares’s bass player in the first 8 years of her career and her Musical Director for the 'MI MA BO^' album tour until he decided to leave the project in 2001 to pursue his own solo work.
His first solo album, released in 2001 – Quamundos - received great reviews from the Portuguese Press and international music community and entered playlists in Portuguese radios like Antena 3 or RDP Africa Radio - the Portuguese representative of EBU and World Music Charts. 'Mutebass' and 'Different Moon', two of Quamundos’s songs, entered the playlist at KDFA FM 94.1 Berkeley USA Radio in a World Music Program directed by Kutay Derin Kugary, at the time, the co-founder and program director of the San Francisco World Music Festival made it to several radio programs around the world. In 2001, this was the first solo album ever released in Portugal by a Bass player.
In 2002, Theo Pascal was the producer and musical director in the Political campaign of Dura~o Barroso, who end up being elected Portugal Prime Minister and later the President of the European Commission for several years.
Before his 30 ´s, he founded his own independent record label - TheoOTheZz and later re-named Jazzpilon - and in 2003 signed a publishing deal with one of the biggest independent publishers in the World - PEERMUSIC. Pascal was the first Portuguese artist to sign with Peermusic.
Between the years of 2002 and 2011, besides his 2 solo albums - 'Quamundos' (2001) & 'Motive' (2005), he produced more than 20 CD’s with several Portuguese, African, Brazilian artists and was the mentor of 2 pioneering Portuguese projects supported by major telecommunication companies: PT Communications (Currently ALTICE) and Alcatel Portugal. ‘PT Project’ and ‘Alcated Rec’ were projects conceived to discover new musical talents in the Portuguese scene across different styles -World Music, African music, Jazz, Fusion, Fado, etc. With Alcatel Rec the search was done using the Internet something pioneering at the time. Both projects included Theo Pascal’s production of a music/video compilation and 3 big live music events in Lisbon and Oporto.
In 2003, after discovering Carmen Souza back in 1999 in an audition for one of his projects, he started producing and co-writing her debut album and in the process, together they created a unique sound signature that reflected their love for Jazz, the Cape Verdean heritage of Souza plus other Lusophone influences.
To this day all 9 albums that Theo Pascal produced and co-wrote with Carmen Souza gathered an impressive amount of amazing reviews from the International Press justifying several tours around the World. In 2008 he moved his base to London, a geographic and strategic decision that would impact his career development and increase his mobility for touring in Europe.
Pascal compositions have been included in several international playlists and broadcasted live by major TV/Radio stations like BBC Radio 3 (UK), Vrije Geluiden (NL), CBC (CA), RDP/RTP Africa (PT), CONCERTZENDER (NL), WDR/3Sat (DE), etc. He also composed and produced several advertising jingles and station jingles for Portuguese major TV Channel’s: SIC Noticias and RTP2. In 2016 was shortlisted by BLITZ MAGAZINE (the only music magazine in Portugal) as one of the best bass players in Portugal from the previous 30 years.
In 2019 just before Covid hit us all, Theo Pascal together with Carmen Souza released a CD called 'The Silver Messengers' in tribute to Horace Silver. The album got into all the press charts for World Music and Jazz in Europe: World Music Charts Europe, Transglobal World Music Chart, Europe Jazz media chart. The album was FIP selection album in France and got 4 Star reviews on Downbeat magazine (USA), Songlines (UK), amount other 4 & 5 Star reviews around the world. With this album, Carmen Souza was the cover story at Jazzthetik Jazz magazine, one of the main Jazz magazines in Germany. In the USA the album was on the radio Jazz charts for 11 months (Nov. 2019 to Sep 2020).
Aside from being Carmen Souza’s composer and producer, Theo Pascal is also her musical director, bass player and double bass player and is currently touring with The Silver Messengers album while co-writers the artist next album.
In 2020 Pascal, while in quarantine, finish his studies and was awarded a Master ´s Degree with Distinction in Creative Production by the Institute of Contemporary Music Performance in London/UK.
In 2021, Theo Pascal solo album QUAMUNDOS2 received funding from Arts Council England and will set to be released in MAR. 2022 by Galileo Music.
The first single - MUTEBASS was released on Sep.14 2022, one day before the debut of QUAMUNDOS2 sold out a new show at the 33rd Mercat de Musica Viva de Vic in Spain.