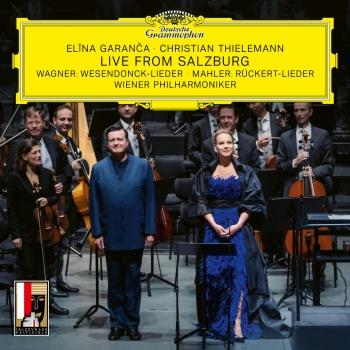 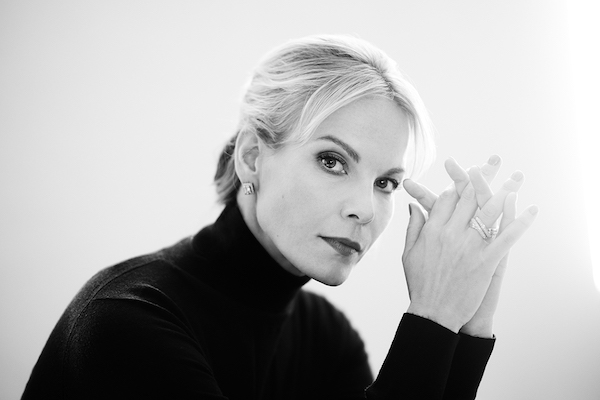 Elīna Garanča
Only a mere handful [of singers] combine beauty of voice, technical excellence and searching musicianship, alongside that indefinable magic called charisma or star quality – but among that supreme élite … Elīna Garanča must surely have a high place.” (The Daily Telegraph)
Born into a musical family in the Latvian capital Riga, Elīna Garanča entered the Latvian Academy of Music at the age of 20 and was soon on her way to becoming one of the world’s most outstanding mezzo-sopranos. She started as she meant to go on: while still a student she stepped in at just ten days’ notice to perform the role of Giovanna Seymour in Donizetti’s Anna Bolena, uncovering a love affair with the bel canto repertoire which has since seen her through countless breathtaking performances.
When she graduated from the Academy she joined the Meiningen Staatstheater in Germany, appeared as a resident artist with the Frankfurt Opera, sang at the Savonlinna Opera Festival, was a finalist in the 2001 BBC’s Cardiff Singer of the World Competition and won the Mirjam Helin Singing Competition in Finland. She consolidated her early career singing at the Vienna State Opera, the Salzburg Festival, the Helsinki Opera’s Rossini Festival, in Paris, Aix-en-Provence, Lucerne and Graz, and in 2003 made a guest appearance for Deutsche Grammophon when she joined Anna Netrebko in a scene and cavatina from Lucia di Lammermoor on Netrebko’s debut album, Opera Arias.
In 2005 her extraordinary gifts were recognised with an exclusive contract from the Yellow Label. Her first solo recording, Aria Cantilena, came in 2007, winning great acclaim and an Echo Klassik Singer of the Year award. She followed it with Bel Canto in 2009, winning another Echo Klassik award and a BBC Music Magazine Award. Habanera was released in 2010, Romantique in 2012 and Meditation in 2014, the latter two albums taking further Echo Klassik awards. In 2016 she released Revive, a personal choice of repertoire (by Verdi, Massenet, Cilea, Saint-Saëns and Berlioz, among others) that reflected the way in which her voice was developing, enabling her to venture into new and challenging territory. Garanča has also contributed to many complete-opera recordings, including Carmen, Anna Bolena, La Cenerentola, I Capuleti e i Montecchi and, most recently, La Favorite, recorded live at the Bavarian State Opera.
In May 2019 she released Sol y vida, her first album of entirely non core-classical repertoire, recorded with the Orquesta Filarmónica Gran Canaria and Karel Mark Chichon. It features popular songs from Italy, Spain and Latin America, including numbers more often associated with the tenor voice, such as Core ’ngrato and Turna a Surriento, as well as two gems of the Latin American repertoire in which she is joined by guitarist José María Gallardo del Rey: Gracias a la vida and Piazzolla’s Yo soy María. The album earned Garanča the 2020 Opus Klassik “Female Singer of the Year” award.
Her latest recording is her first solo recital album and includes a contrasting selection of Lieder by Brahms alongside Schumann’s song cycle Frauenliebe und Leben. Garanča is accompanied on the recording by pianist Malcolm Martineau, with whom she has frequently performed the Lieder repertoire live on stage worldwide. They recorded the album in Berlin in July 2020 and it is set for international release on 6 November.
On stage, Garanča’s early roles included Annio and Sesto in La clemenza di Tito, Charlotte in Werther, Dorabella in Così fan tutte and Rosina in Il barbiere di Siviglia. She made her Covent Garden debut in 2007 and her Metropolitan Opera debut the following year. In 2009 she returned to Covent Garden in the title role of Bizet’s Carmen, then starred in a new production of the work at the Met which was broadcast in more than a thousand cinemas worldwide. She was named Musical America’s Vocalist of the Year 2010 and won the MIDEM Classical Award as Singer of the Year. In 2013, she became one of the youngest recipients of the Vienna State Opera’s “Kammersängerin” award, marking her 140 performances of 18 roles since her debut in the house in 2003.
In March 2016, she made a critically acclaimed role debut as Sara, Duchess of Nottingham, in the Met’s first ever production of Donizetti’s Roberto Devereux, and in October 2016 she made her highly-anticipated first stage appearances as Léonor de Guzman in the Bavarian State Opera’s premiere production of Donizetti’s La Favorite (a role she first played in concert at the Salzburg Festival in 2014). The 2016–17 season also saw Garanča make her debut in a dramatic, verismo role – that of Santuzza in Cavalleria rusticana at the Paris Opéra – and her final appearances as Octavian in Der Rosenkavalier, at the Metropolitan Opera. The following season she made two further much-praised debuts: Princess Eboli in the Paris Opéra’s new production of Don Carlos and Dalila in Saint-Saëns’s Samson et Dalila at the Vienna Staatsoper.
Highlights of her 2019–20 stage and concert/recital season included concerts in Vienna, Hamburg and Graz with the Wiener Kammerorchester and Karel Mark Chichon, concert performances of La Damnation de Faust at the Metropolitan Opera (“Her mezzo-soprano, a pearl-smooth column of silvery sound that soars into the theater like a laser, remains one of the most coolly luxurious voices in opera.” – The New York Times) and Mahler’s Third Symphony with the Berliner Philharmoniker and Lorenzo Viotti at the Berlin Philharmonie.
Having given two performances of Wagner’s Wesendonck Lieder at this summer’s Salzburg Festival with the Wiener Philharmoniker and Christian Thielemann, Garanča began the current season in Italy, singing the Verdi Requiem with the Chorus and Orchestra of La Scala and Riccardo Chailly in Milan, Bergamo and Brescia. Forthcoming engagements include recitals in Austria and Germany with Malcolm Martineau featuring works by Rachmaninov and Richard Strauss as well as songs from Spain (November 2020); her role debuts as Amneris in Verdi’s Aida at the Opéra de Paris (February 2021) and Kundry in Wagner’s Parsifal at the Vienna Staatsoper (April 2021); and a further recital with Martineau at New York’s Carnegie Hall as part of its “Great Singers” series (May 2021).