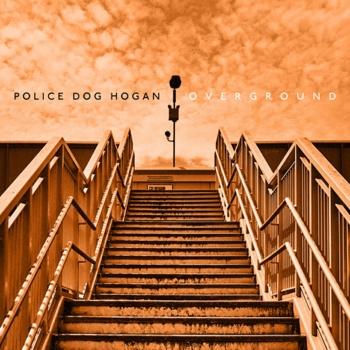 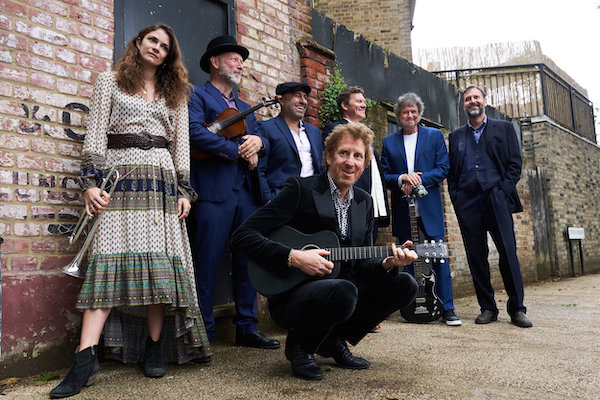 Police Dog Hogan
are a hard-to-pin-down mix of Americana influences and British songwriting tradition. They combine fiddle, trumpet, banjo, mandolin, accordion, drums and guitars with four-part harmonies - then fuse it all into songs whose subjects range from shitty white wine to the first day’s battle at Passchendaele; from their trip to Nashville to being hung for stealing at Tyburn, taking in songs about love, loss and a boy growing up in the West Country along the way.
Many Guardian readers will know that Tim Dowling is the banjo player in Police Dog Hogan: what they may not know is that he’s recently added the ‘Flat Guitar’ to his repertoire.
The Sunday Times described them as ‘wonderful’, The Telegraph called their gigs ‘legendary’, Mark Radcliffe on Radio 2 said ‘a great night out is guaranteed’ and much-loved DJ Johnnie Walker has named PDH as ‘one of my favourite bands’.
In 2014, Police Dog Hogan were one of only three UK bands invited to Nashville to perform at the prestigious Americana Music Association awards where DJ Bob Harris - in town at the time - snapped them up for a live recording that has become one of the most-watched YouTube videos on his ‘Under the Apple Tree Sessions’ channel. In 2015, they made a showcase appearance on Harris’s Radio 2 show, and in 2016 they appeared at Glastonbury for the first time, on the Avalon stage. 2017 saw them sell out the Scala in London’s Kings Cross.
The band has played headline and support spots on the main stages of numerous key festivals – among others, they have been asked back an unprecedented three times to Larmer Tree, twice to Kendal Calling and Port Eliot, and four times to Cornbury. In 2018 they were thrilled to be the festival’s closing act on the Songbird Stage.
They were support to legendary Brian Wilson at 2018’s Fairport Cropredy Convention.
From March 2019, after a sell-out gig at London’s Shepherd’s Bush Empire, the band stepped back from touring but they are now back on the road and playing live once more. Check out the GIGS section for more details of where and when.