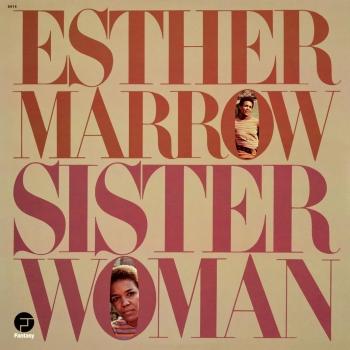 Esther Marrow
Queen Esther Marrow's career began when, as a shy 22 year old girl, she was discovered by the great Duke Ellington. He recognized that this young lady, from Newport News, Virginia was gifted with an extraordinary voice and she soon began a musical journey that would take her around the world. It was a journey that would ultimately include working with Dr. Martin Luther King, Jr and other civil rights leaders, three US presidents, The Pope and countless celebrities and world leaders.
Queen's early career was spent with Ellington, Harry Belafonte and others laying a foundation for the opportunities that would soon follow--broadway, film, concerts and television. She has shared the stage with Bob Dylan, Ray Charles, Ella Fitzgerald, Lena Horne, her idol Mahalia Jackson and many, many others.
In one of her most memorable moments, on September 17, 2015 Queen Esther participated in the remaking of Duke Ellington’s Sacred Concert in San Francisco in which she had participated in 50 years prior and got her start as a performer. This was a full circle moment for her as she was able to stand in the Grace Cathedral and reflect on how far God has brought her and the places she has gone since she stood in that very spot 50 years ago.
Her lifetime goal has been to inspire people with her music and she has spent 26 years traveling as co-creator and star of the world's most successful inspirational show, which bares her name. She became a legend playing in Germany, Austria, Switzerland, Norway, Sweden, Finland, Spain, Portugal, Greece, Italy, France and the U.K., but still the hunger to bring her message of hope home has never left her.
Queen has shown that she is worthy of her majestic title and in this exciting chapter she intends to bring her successful show to a broader audience, record and write so that the new generation of young people can benefit from her vision, experience and love. She will be bringing with her an extraordinary compilation of inspirational music that the world so very much needs at this time.